December is a Rorschach Test for Cowboys Fans

Share All sharing options for: December is a Rorschach Test for Cowboys Fans 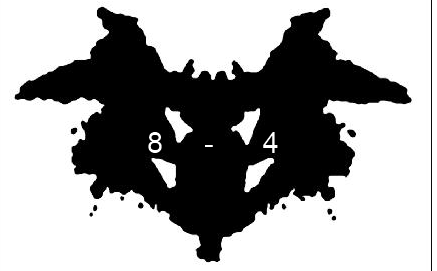 From what I see on site, and hear in the Metroplex, the answer depends on your state of mind.  And a lot of people are in a dead panic.  Situational backups are being offered as sacrifices to the football gods.  Coaches and QBs on other teams are openly coveted.

All because Dallas has lost one game in New York, in December.  Funny, but I recall Tom Landry losing in the Meadowlands in December to some awful Giants teams.  (Joe Danelo anyone?)  Jimmy Johnson's guys lost at the Meadowlands in late '91, when all the penalties went New York's way.  He lost at RFK in December '92 when Emmitt Smith tried throwing a pass out of his own end zone in the final two minutes and fumbled the game away.

Barry's guys went 2-2 in December '94, one of them a loss at the Meadowlands.  His guys went 2-2 the following season, with the second loss the infamous "4th and 1" game at the thankfully-demolished Veterans' Stadium.  His '96 team had their season put on temporary life-support by a 20-6 late-season loss in New York.

Tom Landry's December record his last nine years as head coach  ('79-'87) a period which saw six playoff teams and three NFC Championship Game appearances, was a lukewarm 16-15.  That's right, 16-15.   I don't recall any talk of December meltdowns back then, or cries for Tom to rush into retirement.

Every Cowboys coach has seen good teams, ones that won Super Bowls and went to NFC Championships, lose games in December.  But I see some fans falling for the myth of a "December curse."  Former Cowboys CB and current post-game radio show host Larry Brown gets my Kneejerker of the Week award for his amazing Sunday screed, where he said Wade Phillips should be fired at the end of the season, no matter what happens the rest of the way, because the team lost the Giants game.  Ponder that: even if Dallas gets back on course and perhaps wins a playoff game or two, Wade should be instantly terminated because he lost to New York on December 6th!

Proof that announcers probably need the same 10 minute cooling down period after the final gun that the players and coaches receive.

The team has lost one game.  It has lost four this season.  It has responded to the other three with wins or winning streaks.  The reasons for each loss have been different.  The Denver loss was not the same as the Packers loss, and neither bore much resemblance to this one.  There is no recurring breakdown which suggests a glaring personnel problem the team cannot overcome, though a Flozell Adams suspension would throw the offensive line into chaos this week.

There's a poll sitting in the right hand column of this site.  It asks what people think the Cowboys' record would be over the final five games.  Only 5% said 5-0.  The overwhelming majority , nearly 50%, said 3-2.  Well, they've lost one of the two games YOU PREDICTED.  So why the instability?

Don't be spooked by press-fed ghosts, especially those which lack all context.  If the team loses to San Diego, and looks awful in the process, okay, go nuts.  In the meantime, remember where the Cowboys sit in the standings, because some of you are scaring me far more than any shortcomings I see on the roster.