After the Sunday games the NFL is left with only one unbeaten team. The Kansas City Chiefs are sitting pretty at 3-0 and will remain unbeaten until at least next weekend while they enjoy their bye week. The Dallas Cowboys are also enjoying their bye week and watched as the three other NFC East teams all moved to a 2-2 record yesterday.

In today's headline round-up we look at how the Cowboys have responded after bye weeks, whether the win against the Texans helped forge a team identity and why some stats show the team is doing just fine, even at 1-2 going into the bye.

We also find that Donovan McNabb still has a chip on his shoulder, review how the Giants clobbered the Bears and have a picture of the only newsworthy item from the Titans - Broncos game. Enjoy.

Clarence Hill of the Star-Telegram reports that the Cowboys hope to duplicate their post-bye run of 2009, particularly since this year's bye was preceded by a dominating 27-13 victory against the Houston Texans, unlike the narrow overtime win against the Chiefs last year.

"I think I do [believe it's similar]," coach Wade Phillips said. "I think the spark is what we can do, more so than last year. The Kansas City game was an overtime, close game. We came through that kind of game. This one was more dominant.

"Maybe it's another level, another step that, hey, we can do this, and when we play well we can win by two touchdowns against a really good team. That's a pretty big step forward. Again, it's only one win and we have to realize that."

Tom Orsborn of the San Antonio Express-News concurs that a win like the one last weekend can help the Cowboys forge an identity.

Goal-line stands like the one the Dallas Cowboys had in the fourth quarter in Houston last weekend can galvanize a team. Look for the goal-line stand to carry over to next weekend's home game against Tennessee.

The Cowboys are 3-0 under coach Wade Phillips in games after the bye and have enjoyed at least a three-game winning streak each season under Phillips after the off week. In 2007, the goal-line stand at Washington sparked a six-game winning streak for the Giants. With three of their next four at home, the odds favor Dallas stringing together some wins.

"You are what your record says you are". Coach Parcells was pretty blunt in his assessment. Coach Phillips has a more differentiated way of assessing team strength.

Phillips finds the score of every game when it was truly decided to help decipher those wins and losses. His research is rooted in the notion that the best teams put games away early and, when they lose, they're in it to the end.

By that measure, his club is doing just fine, even at 1-2 going into their bye weekend. The Cowboys were driving for the go-ahead or tying touchdown on their last possession in both losses. In their win, last Sunday at Houston, they led 24-6 when all but die-hard viewers lost interest.

In other NFC East news the Giants dominated a sloppy, painful game against the Bears**.

New York sacked Jay Cutler nine times in the first half and chased Chicago's top two quarterbacks from the game with injury.

It wasn't quite enough that Bears starter Jay Cutler was injured on Sunday night against the Giants with a concussion, but it appears that Chicago has lost veteran back-up Todd Collins as well. On the drive after the Giants took a 17-3 lead with about five minutes remaining in the fourth quarter, Collins was hit after a throw by Giants linebacker Michael Boley.

In the other NFC East game, the Redskins beat the Eagles in an ugly one:

Eagles Lose: McNabb Bowl Ends Up Having Very Little To Do With McNabb - Bleeding Green Nation
This game was billed as a duel between Donovan McNabb and Michael Vick. It ended up with Vick injured early and McNabb struggling in what was an ugly game for both teams.

One person's stinker may be another person's thriller: SB Nation titles its game recap "Redskins Hold On In A 17-12 Thriller Over Eagles**".

Donovan McNabb is carrying a big chip on his shoulder over his trade to the Redskins and let the Eagles know in a post-game speech that they made a mistake**.

Finally, the Titans enter the game with the Cowboys next week with a 2-2 record after a late 26-20 loss to the Broncos. The only thing newsworthy about that game was that defensive coordinator Chuck Cecil took it upon himself to flip a bird to the refs during the game**. 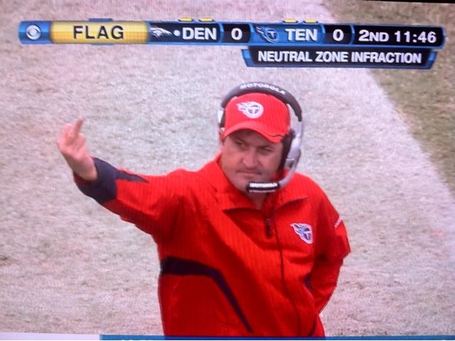 **Apologies, but I'm having trouble linking to SB Nation articles. Here are the raw links for anybody who's interested: