Share All sharing options for: Dallas Cowboys and Hidden Yardage: Another Winning Proposition

I was recently indulging my man-love for David Buehler and googling kicker-related stuff, when I stumbled across the following quote from Jim Grobe, the current Wake Forest coach, from his time with the Ohio Bobcats:

Hidden yardage! Wasn't that one of Bill Parcells pet themes? Sure was: Dave transcribed a Parcells press conference in 2006 where Parcells said the following: "McBriar is a field position weapon, he's netting 40 yards a kick. He picks up hidden yards that can lead to points".

According to Parcells, 100 yards of "hidden yardage" or field position is worth seven points (others may use the same formula, he's just the one I associate this with). Jimmy Johnson also had his own theory on hidden yardage, and used to equate a 50 yard advantage in punt/kick return yards to five extra first downs.

But what is hidden yardage? The most common definition I found basically talks about kickoff yards, kickoff return yards, punts and punt return yards. And sure, we could make it a lot more complicated and add penalties, sacks, blocked or missed field goals, all sorts of other stuff, but let's keep it simple.

What I want to look at a little closer are two parts of the hidden yardage equation, the kicking game and the return game.

Power and Precision: The Kicking Game. Sometime during the course of the season almost every fan must have realized that we had something pretty special going on in our kicking game (not on field goals though, but that's another story). The Cowboys ended the regular season ranked 7th in opponent retuns after kickoffs with 20.6 yards and also ranked 7th in net punt average with 39.9 yards. Here's why:

Why is this number important? About 16% of all NFL kickoffs are touchbacks. According to advancednflstats.com the average starting position for all non-touchback kickoffs is the 32-yard line. The average difference between a touchback and a non-touchback is therefore 12 yards. Those 12 yards are one additional first down required for the opponent to score.

Buehler’s 29 touchbacks are one more than the Cowboys have scored in seven consecutive seasons combined (28 touchbacks, '02-'08), and are just one shy of the modern NFL record.

Exhibit B: Mat McBriar: McBriar ranked fourth in the NFL with a 39.9 Net Punting Average.

McBriar's precision is also worth noting. The Cowboys led the league in % of punts placed inside the red zone with 53% (38/72) and are ranked a joint fourth in the NFL with only 3 touchbacks on punts (that is good, because ideally you want to place the ball at the 1 yard line, not in the endzone).

Why are these numbers important? Because pinning the opposing offense far back inside their own half gives them a long field, which significantly reduces their chances of scoring.

Also, because the kicking numbers for both Buehler and McBriar include return yards, they are an effective measure of our special teams performance on punts and kickoffs - and the Cowboys shine here. Thank you, coach Joe D.

The Return Game. Unfortunately, this is where the gaudy stats end. The Cowboys average kickoff return was 22 yards, which ranks a disappointing 20th in the NFL. The average punt return was 10.9 yards, good enough for an impressive 6th in the league.

However, that 6th rank is only impressive until you take out the two Crayton punt returns for a TD. No question, they were great returns, lovely to watch and important for the team. But they mess up our averages. And if you need to know one thing about stats, it's this: never trust averages. 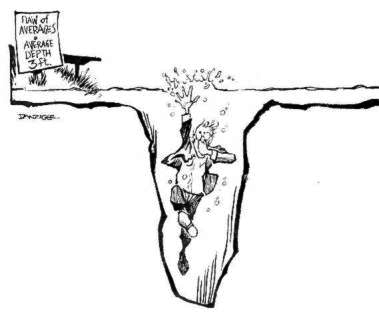 If we take out Crayton's two returns, the average drops to a very pedestrian 7.3, which would rank 21st in the NFL, thus restoring the ranking symmetry between the kickoff returns at 20th and the punt returns at 21st.

But, but, but ... can I just change stats like that? Sure I can. Especially if it's to illustrate a point. The point being that the Bengals, for example, rank 2nd in the league in average punt return yards with 11.9 yards, and they didn't have a single punt return TD to 'boost' the stats. So it can be done.

The Cowboys already have an excellent kicking game. What they are still missing is The Return Man - an elusive speedster with exceptional quickness, great hands and cutback ability. In short, a game changer capable of scoring or creating short field positions every time he touches the ball. The Return Man would significantly up our team's kickoff and punt return units. Sadly, I'm pretty sure that The Return Man is not on the Cowboys roster yet. Happy hunting, coach Joe D.