[Note: This is an update to a long-running analysis by Blogging The Boys lead writer Rafael Vela, in which he quantified the bust factors for every position picked in the first round of the draft]

After looking at the Bust Factors on Offense, today we look at the bust factors on defense. We maintain the very straightforward criteria we used for labeling someone a bust: If you become a consistent starter on your team, you’re a hit. If not, you’re a bust. For better or for worse, guys who looked promising but don’t start because of injuries are also listed as busts.

Conversely, if you make the Pro Bowl, even once, you are considered a hit, regardless of what came before or after.

Based partly on your feedback, and partly on the traditional 'it-takes-3-years-to-really-know' formula, I have excluded the draft picks from 2008 and 2009 from the analysis. All the numbers below are therefore based on the 314 first round picks (excluding one kicker) over the ten years from 1998-2007, of which 159 were defensive positions.

Looking for safety in defensive draft numbers? Safeties and Linebackers are usually a good bet.

About a quarter of all defensive first round picks ended up as busts. This is a slightly lower rate than for the offensive picks, which came in at 30%. You can't do much wrong picking a safety or a linebacker in the first.

Again, we use Pro Bowl nominations to determine whether a player is a hit.

On the hit and bust scale for the first round defensive talent, the hits marginally outweigh the busts 32% to 26%.

A note on the Pro Bowl record for safeties: Troy Polamalu, Roy Williams and Ed Reed have racked up a combined 16 Pro Bowl nominations, leaving very little room for any other first round safety to slip in: Sean Taylor managed it twice in his short career, Brandon Merriweather once so far.

The value of drafting high

The best talent tends to float to the top. This becomes very evident as you look at the hit and bust rates by draft position. The bust rate for a top 10 pick is less than half that of a first rounder drafted from position 20 on down.

Two things are potentially at play here. Firstly, first round graded talent seldom goes up into the high 20s in any draft. Secondly, defensive linemen and cornerbacks are quite often the biggest need positions - teams must have pass rushers and they must have cover men, and teams will start to reach to fill a gap.

Some franchises draft better than others, no big secret there. In the table below, you can see who has been winning the hit/bust game over the ten years of this analysis.

Sifting through the top-tier rubble

Linebackers - Another solid position with only four busts: Andy Katzenmoyer, Robert Thomas, David Pollack and our own Bobby Carpenter.

Safeties - Teams don’t draft them often in the first round, but they pan out most of the time. Antuan Edwards, Derrick Gibson and are the only busts.

... and then there are bust factors that we Cowboys fans don't mind so much ... 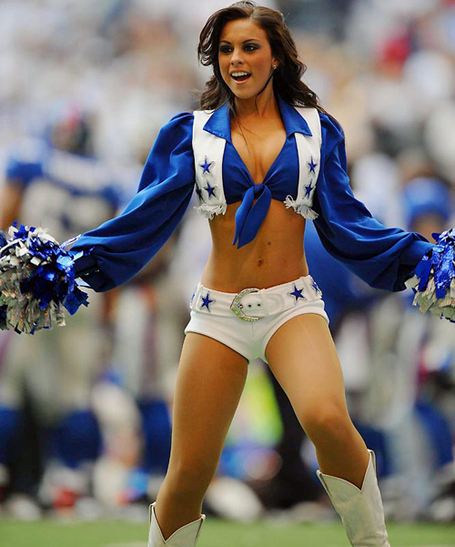