The Wild 'Boys: How the 2009 Cowboys Struggled with Penalties and Turnovers

Share All sharing options for: The Wild 'Boys: How the 2009 Cowboys Struggled with Penalties and Turnovers

When your favorite 80s band is Duran Duran, you have long learned to put up with some baffling lyrics. Take this little line from their epic hit, Wild Boys:

"The wild boys are calling, on their way back from the fire. In August moon's surrender to a dust cloud on the rise."

I have pondered these lyrics for 26 years since the song originally came out in 1984. And take it from the man who may own one of the most extensive Duran Duran back catalogs, including b-sides, 7" and 12" remixes as well as some pretty strange Japanese imports: There is no way these lyrics make any type of sense, even if you've ingested copious amounts of mind altering substances.

When your favorite NFL team are the Dallas Cowboys, you have long learned to put up with some baffling stats. Take this little stat for example:

I have pondered these stats for a long time. And take it from the man who has picked apart the Cowboys game books like few others: There is no way these stats make any type of sense, even if you've been drinking the blue Kool-Aid by the gallon.

And it comes as no big surprise that there seems to be talk about hiring Mike Pereira, who'll be retiring as the NFL's VP of officiating, to some form of advisory or coaching position with the Dallas Cowboys.

Usually, when we look at a teams' performance we often look at the 'big' stats (yards, points, TD's etc.) and often overlook how big an impact penalties and turnovers can have on a game.

Bad things happen in football games. Each penalty, each sack, each turnover and each missed field goal impacts your chances of winning a game. Today, we look at all these bad things to determine just how much they hurt the Dallas Cowboys in 2009.

Expected Points Value - Is There Something I Should Know?

If you're interested in finding out more about EPV, read up on it in one of my previous posts. For today, well keep it really simple. Without going into any technical detail, EPV shows you how many points an average NFL team scored (or gave up) from a given down, distance and field position.

This can be especially useful as you try to compare different type of plays with each other. Today we'll look at penalties, turnovers and sacks and use EPV to compare them, and there's only one thing to keep in mind as you look at these numbers: The lower the EPV numbers, the more negative the impact of those plays on the team.

Turnovers - Hold Back the Rain.

Turnovers not only kill a drive if you lose the ball - or start one if you recover them - but they can also reverse the momentum of a game like no other play, instantly changing field position and giving one team a huge advantage over the other.

However, not all turnovers are created equal. The official stats usually only list fumbles and interceptions as turnovers. We'll include missed field goals and turnovers on downs as well, if for no other reason than that they unquestionably put you in a worse field position than if you'd elected to punt the ball.

Not only did the Cowboys turn over the ball slightly more than their opponents, the EPV data suggests that the turnovers the Cowboys gave up were costlier.

Going in to this analysis I had assumed that interceptions would be the costliest turnover type. Turns out that fumbles are worse, for both the Cowboys and their opponents (at least in the 2009 season). After thinking about it, it does make sense:

Not all that many interceptions happen near the line of scrimmage. Think back to the third interception against the Giants (as hard as that may be). It's first-and-ten on the New York 46. Tony Romo heaves one to the deep right towards Sam Hurd. Kenny Phillips, who is apparently invisibly lurking at just that spot, snatches the ball at the New York 5.

Fumbles on the other hand often happen on or near the line of scrimmage. From a field position point of view, fumbles - on average - are worse than interceptions, and this is reflected in the lower EPV.

The three worst turnovers by the Dallas Cowboys in 2009 - one fumble, two interceptions:

The three worst turnovers by Cowboys opponents in 2009 - one pick six, two fumbles:

Penalties - Of Crime and Passion

Late third quarter of the Carolina game, the Panthers are trailing 7-10. On third-and-five on their own 21, Jake Delhomme passes to Muhsin Muhammad for a 79 yard TD, but the play is nullified by an offensive pass interference call and the Panthers find themselves in third-and-fifteen on their own 11, are subsequently forced to punt and lose the game.

The EPV of that penalty is 'only' -1.48 (from the 21 back to the 11 yard line). The opportunity cost of that penalty would be -7.78 (EPV after the penalty: -1.48 minus EPV before the penalty: 6.3 for the TD), making it arguably one of the biggest game changers for the Cowboys last season. Unfortunately, this is an easy case to calculate but you quickly get into the realm of the hypothetical as you pursue this line of thinking. You could for example argue that a minor holding penalty on Flozell Adams potentially prevented sack, lost fumble and TD return. But we're not going down that route. We'll stick with down and distance before and after the penalty.

I believe penalties have a bigger impact on the game than anyone realizes. I'm fascinated by the coaching aspect of it, of trying to cut down the penalties.

Well, Mike hasn't talked to anybody at BTB, because we have long realized what an impact penalties can have. Here are the figures:

The average penalty against the Cowboys was actually less costly in EPV than a penalty called against our opponents. But what the Cowboys gained in quality they gave up again in quantity.

-0.81 may seem low to you compared to the EPV numbers for turnovers, but consider this: Each Cowboys game averaged slightly over seven penalties. The penalty EPV per game was around -5.4. That is almost the equivalent of a pick six every single game of the season!

Sacks - Save a Prayer

Dallas allowed 34 sacks at -1.55 EVP a pop. The Cowboys' opponents gave up 42 sacks at a remarkably similar -1.54 a pop. Staying with the 'exchange rate' established for penalties, 2 sacks are the rough equivalent of an interception. Scary.

I don't even want to think about the opportunity cost here, because ultimately that could be games missed by the starting quarterback.

Okay, enough now. Get me Tom Ciskowski on the line, I need to talk to him about our draft plans for the O-line. 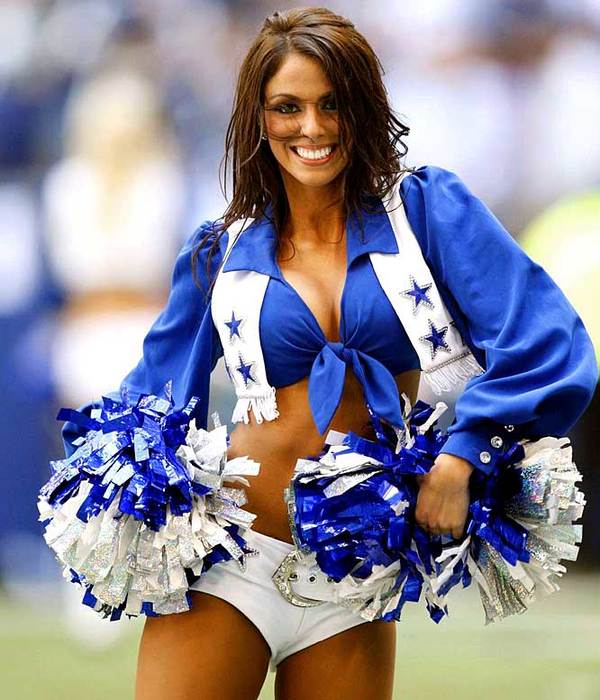