The 2009 Cowboys O-Line: Inside the Pass Protection Game (Part I)

Share All sharing options for: The 2009 Cowboys O-Line: Inside the Pass Protection Game (Part I)

[A little over a month ago I took the statistical microscope to the run blocking game of the Cowboys offensive line  (Part I here, Part II here). I had originally planned to quickly follow up those two posts with a look at pass protection, but then the Cowboys flozelled Adams, then came the draft, and then the Alex Barron trade. Time flies when you're having fun ... So today we pick up where we left off.]

The NFL these days is all about pass protection and pass defense, about keeping your guy standing and knocking the other teams' guy down. Offensive and defensive coordinators scheme 24/7 about new ways to protect, or get to, the quarterback.

Despite the importance of the unit, evaluating the performance of an offensive line is not an easy undertaking, simply because outside of sacks allowed, there aren't a lot of stats that can help distinguish a good offensive line from a bad offensive line.

Also, there are many factors that impact an offensive lines’ performance: from the opponent played, to the scheme run, even the quality of other players on the team. A quarterback like Peyton Manning will make any offensive line look much better than they probably are. Similarly, a quarterback who hangs on to the ball too long (hellloooo Ben), the quality, or lack thereof, of the wide receivers (Hey Cleveland), or injuries (Wasssuuup, Buffalo) can all impact the performance of an offensive line.

Today we start by taking a look at sacks by direction, because if you have only a few stats to start with, putting these into the proper context becomes imperative.

Tony Romo was sacked a career high 34 times last season. Those 34 sacks allowed rank the Cowboys joint 14th in the NFL with the Broncos, Vikings and Dolphins. But not all sacks are created equal, that's why we'll look at sacks by direction today.

In their stat breakdown by position, Profootballfocus.com list the number of sacks made by each defensive player. Aggregating those numbers gives us an overview of where the sacks came from in the 2009 NFL season. As you would expect, the defensive line sacks and outside linebacker sacks from the 3-4 teams make up the bulk of the sacks in the NFL last year

44% of the sacks the Cowboys gave up came from inside linebackers or defensive backs ('long' sacks). The NFL average is 18%. Now, you could argue that the Cowboys were almost three times worse than the average team in allowing 'long' sacks. Equally, you could argue that with 56% 'short sacks' (defensive line sacks and outside linebacker sacks) the Cowboys O-line was much better at protecting the QB than the NFL average, which stood at 82%.

Both answers may be a little too simple. When the offensive line is keeping the traditional pass rushers in check, opposing defensive coordinators will turn to different schemes that may fake a defensive line pass rush only to blitz a safety, corner or inside linebacker. That looked like a successful ploy against the Cowboys last season.

Sacks allowed by the O-Line

For Dallas, this looks as follows: Flozell Adams (8), Leonard Davis (4), Andre Gurode (2); Kyle Kosier, Marc Colombo and Doug Free all allowed one each. That makes 17 sacks credited to the O-line out of 34 total sacks. In other words, only half the sacks allowed by the Cowboys can be directly attributed to the O-Line. These 50% are the third lowest percentage in the NFL.

Should the Cowboys use more 6-, 7-, or even 8-man protection schemes to protect Tony Romo, or should they continue deploying their multiple offensive weapons and accept the long sack as part of the risk/reward calculation? 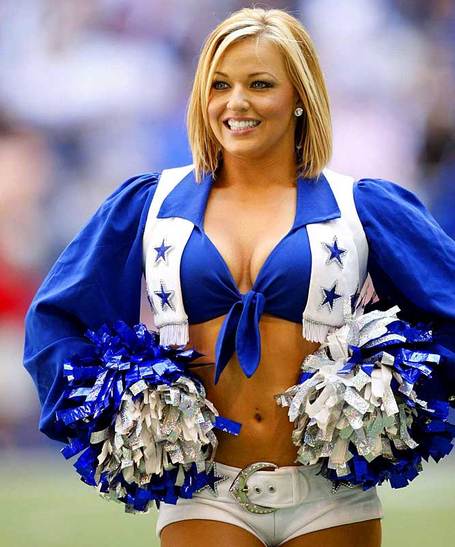