The coldest winter I ever spent was a summer in Oxnard. OK, it wasn't that bad but it was chilly out there for the Dallas Cowboys first training camp practice in Oxnard. As it turns out, it wasn't much of a practice. This was to be expected as the team was coming off a travel day preceded by a couple of pre-season games squeezed into a short period. They players weren't in pads and the practice was pretty short.

The veterans were late arrivals while the younger guys spent the initial portion of practice working on special teams, particularly mimicking the San Diego punt and kick coverages and returns. There were no live kicks and the units worked at 3/4 speed. But leave it coach Joe D. to keep the heat on the players as he screamed and cajoled them into proper usage of the time spent. On one occasion a player performed excellent coverage but failed to run it all the way through and touch-up the return man. Coach Joe D. could be heard yelling "why didn't you tag his ass up"!?

The players performed the full array of special teams, practicing punt and kick coverage then switching over to punt and kick returns. They were preparing with the Chargers game in mind, when they broke the team huddle before the session, they yelled "Chargers".

After the special teams session all of the veterans had arrived and they broke out into positional groups. They practiced their regular drills; the d-line worked on getting off the snap, the linebackers practiced getting into coverage and different schemes when players go in motion, the defensive backs were doing the same. The wide receivers and tight ends did a little work with the resistance bands, and then getting off press coverage, while the quarterbacks did some short passing drills. All standard stuff.

After that, the offense gathered on one field and the defense set up shop on the other. They spent the rest of practice going through half-speed drills. The first team offense would line up and run plays with the second and third team offense acting as the defense. Then they would switch it up. All of this was done at half-speed and was a basic run-through of running and passing plays. The defense did the same with emphasis on scheme and positioning against different formations and changes when players go in motion. This was the bulk of the practice.

All in all, a good teaching practice for the players, but little-to-no excitement for the viewing fans. The stands were packed as usual for the first practice in Oxnard, but left us with very little to report. There's a second practice this afternoon, hopefully they'll be in pads, or at least shells, and maybe we'll get some 7-on-7, 9-on-9, or if we're lucky some actual scrimmage time. 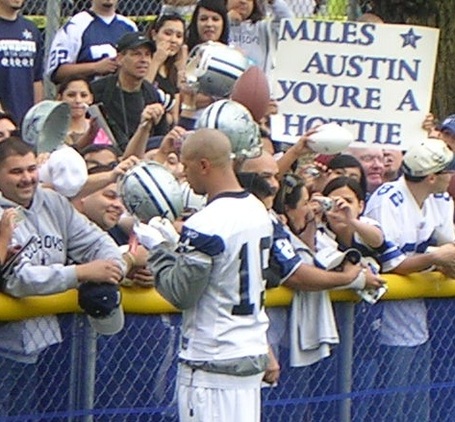 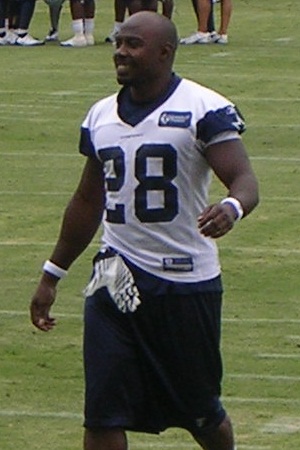 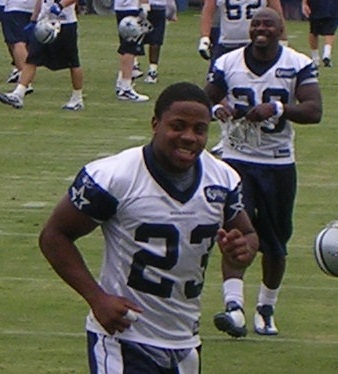