It’s the bye week, and for some reason I just haven’t really felt like posting much lately. I know, why not do a fanpost? What more could make sense? The mystery of this is not so mysterious. I had a little time this morning, I'm having a thought lately that's just too big to post in someone else's thread, so why not?

As most of you do, I tend to bubble over with positive energy when the Pokes win, and deflate to varying degrees when they lose. The worst thing I do to myself is allow my hopes to get too high. That always leads to the inevitable let-down. Why? Because teams don’t go undefeated, they all lose. 31 teams end on a bad note every year. Some in futility, some on horrible breaks, some on unlucky bounces, and some like champions. The latter don’t go down without a fight, but they do ultimately go down. I wouldn’t so much say they lose with grace, as this is a misconception in my book. Losing with grace is considered admirable. To me all it suggests is that you’ve lost enough to get good at it. It’s one thing to publicly commend your foe on the game they played. It’s quite another to hold that same view in private, or with your teammates. Winners hate to lose, especially when you shoot your own foot off.

This last statement leads to the subject matter of my post. How many games has this team lost in the last 13 months that it had no business losing? By my count it’s about eight. Games the Cowboys should have won, but lost, be it by turnovers, penalties, poor execution, bad attitude, or just plain poor play are as follows: 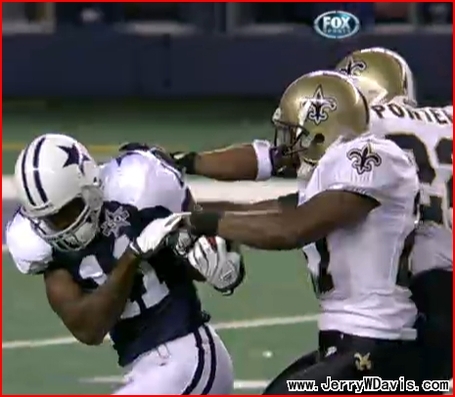 Now you can debate whether we should have lost any one of those games, or whether we should have lost a couple that we won, or won a couple more that we lost, and that’s fine. One or two one way or another won’t really change to thesis of my argument. In a span of 20 games, losing eight of them you should have won is atrocious. It is an embarrassment for the franchise, and for the fan base. This losing like a bunch of losers actually goes back even further than that if you consider the loss to the Ravens that should have never happened. The closing of Texas Stadium with a stinker in full view of the Cowboys greats of old who were on the premises. Letting the Steelers off the hook a couple of years ago. The opening of the new stadium with Eli stitching his indelible disrespectful name on the very structure Jerry had just spent 1.2 billion smackeroos building. Tashard Choice acting like a starry-eyed kid in the presence of Michael Vick. 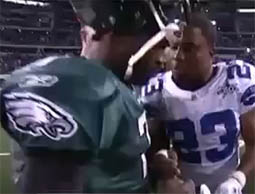 Didn’t that infuriate the team? Shouldn’t it have? It was a sports crime of epic proportions. Just what does it take to light a fire under these guys? If my enemy whittled his initials into the name plate on my office I’d have a tremendous surprise waiting for him. I don’t care how bad it makes me look, that is just plain bush. Retribution is on its way, hard and heavy. The culprit will never forget the payback I inflicted upon him/her.

So who should really be embarrassed? The players, of course. They are the ones who put up stinker after excruciating stinker. It’s like they didn’t even care. They kept spouting about there is no one leader on this team. They police themselves. Bull puckie! They are the ones that had the sense of entitlement. The ones who, as the top 1% compensated employees in the world, somehow felt that it was okay to give less than their very best. Not for a play, or a series, or even an entire quarter, but for a half a season! Even longer if you want to get technical about it. To turn in a timecard like that into your employer gets you fired anywhere else in the world. And many have been fired from this team, as they should have been. They should have been completely humiliated. To put in an attempt like some did reminds me of the days when Saints fans showed up for games with paper bags over their heads. 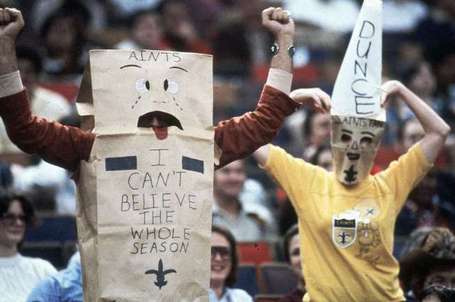 Anyway, I digress. Six months ago Jerry Jones announced that Jason Garrett was the new Head Coach of the Dallas Cowboys. Not exactly Earth-shattering, as most of us expected as much. After all, he was hired almost 5 years ago, and at least in the public eye, was considered as a possible Head Coaching candidate then. He was subsequently given Head Coaching money 2 years later to keep him from defecting to two other teams . We all knew Jason’s day was coming. As Interim Head Coach he immediately righted a ship that was off-course, rudderless, out of fuel, and listing badly. We came out on fire in game 1 of the Jason Garrett era, and beat the hated Giants. The red-hot Giants. The team we had no business beating based on how the 2010 season had played out to that point. The Cowboys went on to play well the rest of the season. They lost a couple they probably should have won. The even won a game with their third string quarterback. It doesn’t matter where you come down at on what the state of the team was, that was an amazing turnaround. One of the best I’ve ever seen. Evidence of Jason Garrett’s brilliance. 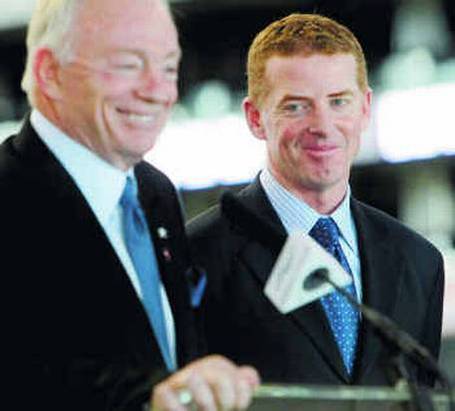 There’s been lots of evidence of Jason Garrett’s luminosity. He’s an Ivy League graduate. Those kind of guys don’t grow on trees. Particularly, not in the NFL. Troy Aikman told us over 15 years ago that Jason would be a Head Coach someday. And once he took the reigns, he had a succession of golden moments. Players would practice in pads from now on. Players would earn their positions. Rookies would earn their stars. We even drafted an offensive lineman in the first round. Not just any lineman, but one destined for greatness. Jason drafted players, some of which did not make the most football sense. But when the cuts started coming in training camp, suddenly we understood those enigmatic draft picks much better. Months after he had made the moves we began to comprehend the master plan. Moreover, he started cutting players. He cut and he cut and he cut. Players that deserved to be gone two years ago, and many of us believed the team didn’t have the intestinal fortitude to cut, were suddenly gone. He was so aggressive in his moves it was a dizzying experience. Rookie at right tackle, rookie at left guard, first year player at center. Mega-contract Roy, off with ya, boy.

Young Jason told us in the off-season that he was going to hire a coaching super staff, then proceeded to do so. He brought in the defensive coordinator this defense needed the most. He brought in the best WR coach on the market. He hired the best strength and conditioning coach in the NFL. Now he whiffed on an offensive coordinator, but he had the appropriate guy in mind, that guy just chose to go elsewhere. Jason also stated clearly that to play for this team you had to be not only talented, but the right kind of guy. You had to hustle. You had to play the game the right way. Timeout moment. This. Maybe more important than any of those other moves, he brought back the Cowboy Way. Not a man, women, or child in the Cowboy Nation was lost on that one. We all know what the Cowboy way is. It is an utter wonder of the universe why the players did not. 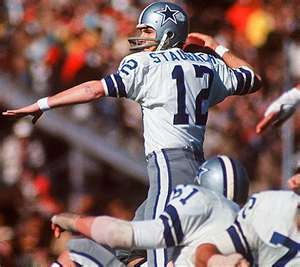 At any rate, we saw instant results from the Jason Garrett way. The team respected itself again. Players stepped up, and began to really lead, not just say they were leaders. And one leader emerged as "THE" leader. Tony Romo is now the clear Captain of this team. Finally. Think what you will, but that never would have happened under Wade Phillips, or any other Head Coach for that matter. Romo would have had to feel the new coach out. The new coach would have led. It would have stunted Tony’s growth. But under Garrett Tony finally stepped forward and volunteered to be counted. 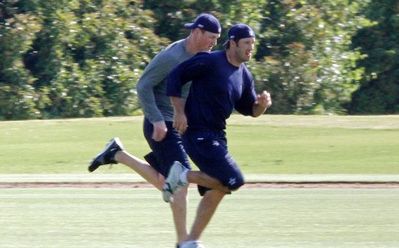 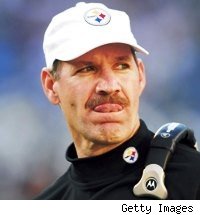 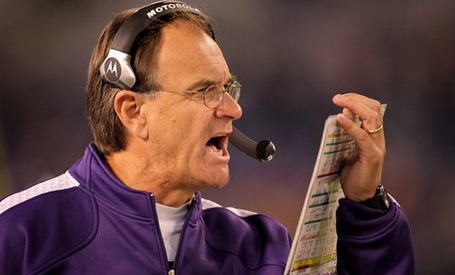 So how then, does this larger-than-life figure forget to run the ball with a 24 point lead? How does he not make adjustments to the game plan when the opponent starts to see his patterns emerge? How can this brilliant, organization-saving, megamind-of-a-man not know that he must put the game away? Why is he still throwing the ball on first down? The running game was starting to work. Tashard Choice even had his best carries of the season directly preceding the mistakes that cost the Cowboys the game. To make matters worse, it was a repeat of what had just cost this team a game not even a month earlier. How can this young Red Headed Genius not know better? It--just--makes--no--sense. 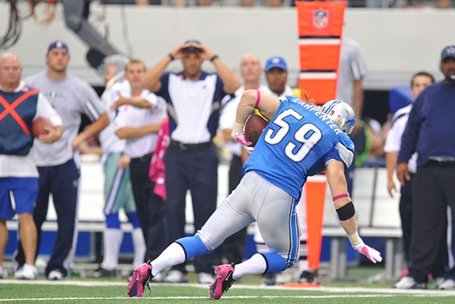 Well, the truth is, Jason, while not quite a rookie, is a young and inexperienced Head Coach. He has the weight of the world on his shoulders. He’s keeping the biggest ego in the NFL in check. A man, that in spite of the clear evidence of his mistakes, has steadfastly continued to fearlessly pretend to be a competent GM. Jason is taking players that didn’t care and making them care. He’s preparing the team for the game. He’s solving a hundred problems in the locker room before kick-off. He’s directing traffic on the sidelines, monitoring his headset on all points, he’s had success all game winging the ball around the field. He’s doing all this for the first time. Let’s face it, he is new to this gig. And even while being relatively inexperienced, he’s changing the collective soul of a team.

He should be able to figure out that he needs to run the ball in the fourth quarter with a huge lead. With all his brilliance, his Intelligence Quotient that may not be measurable in football terms, doesn’t he have to know these things? Well, he’s young, he’s learning, he’s juggling a hundred flaming bowling pins, and in reality, he’s human. But he will get it right. He may have already learned that lesson based on his recent statement. 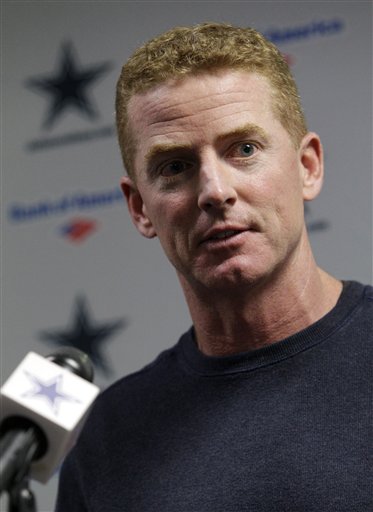 It doesn’t really matter to me what happens in the next 12 weeks. The truth is, with all else going as well as it is for this team, we have a great young Head Coach who is only going to get better. Dwell on that thought for a moment. With all the brilliant moves he has made, with the perceptiveness he has displayed time after time after time, with all that he has already accomplished, young Jason is going to get better. Put that in your pipe and smoke it Eagles, Giants, and Redskins. Consider that, NFL. But most of all, remember that Cowboy Nation. 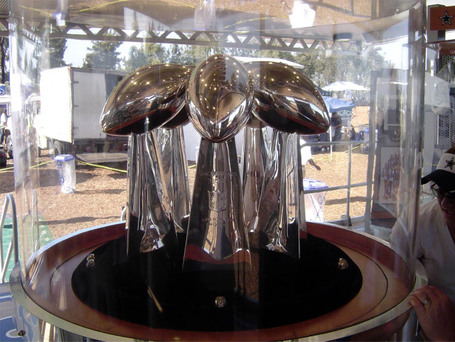