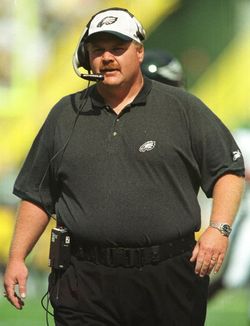 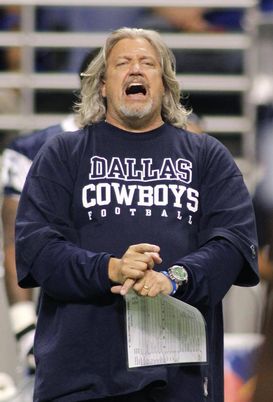 There are many ways to interpret a loss. Unsurprisingly, most fans gravitate toward generalizations based on their preconceptions (and misconceptions) regarding football. "We had no heart," some say. "They wanted it more," others explain. That their explanations of an event rely on things that are unexplainable leads me to the conclusion that they simply do not understand what happened.

Football, more than any other sport, is a game of strategy. Every play is the execution of one strategy against another. It is a chessmatch.

Do emotion, desire, and even luck factor in to what happens on the football field? Yes. These factors, however, are not quantifiable, and not nearly as influential as strategy. Strategy is the difference between a 12 yard run and a tackle for a loss. A completion over the middle and a sack. An interception and a deep catch. Emotion and desire merely separate the 20 yard runs from touchdowns, the 3 yard runs from the 4 yard runs, and the form tackles from the hard hits. A team that consistently plays with superior strategy will consistently win, when faced with a team that consistently plays with superior emotion and desire. Luck is random, and cannot be accounted for. It simply decreases the margin of error for strategy.

At its simplest, a defensive playcall is a combination of gap responsibilities and coverage responsibilities. If you don't understand these, there are many articles available here for your perusal (see my Hydrob 101 post, as well as a series by Kegbearer from the same time). Rob Ryan prides himself on being an excellent defensive playcaller. I believe he is. He maintains solid control over vital gaps and coverage areas, while applying pressure to and confusing the opposing quarterback.

Unfortunately for defensive coordinators, every gap assignment can be countered by a proper blocking assignment. Rob's excellence, then, comes from analyzing the blocking tendencies of an opponent, and preparing packages of gap assignments to counter those. A 5 technique Defensive End attacking the B gap is easily countered by a trap block from the offensive Tackle. The guard on the same side can pull, or a TE/FB can release, to pick up the C gap linebacker. Jason Peters taught us this lesson on repeated sprint draws (where the quarterback drops back as if to pass, and performs a delayed, extended, outside handoff).
The immediate counter to this fairly elaborate blocking scheme is the overload blitz, which simply outnumbers the available blockers on the side of the play. A forecast blitz may also force the opponent into straight-up man or zone blocking, as the complex traps and pulls, if executed too slowly, can result in additional blitzers running free while the linemen are turned sideways. We were not able to do that, mainly because of our coverage assignments.

Aerial assaults are a much more complex item to defend. Very simply put, assignments for defenders are either to defend a specific man (man coverage), defend a specific area (zone coverage), or to read the quarterback (spy). Typically, some combination of man and zone coverage is employed on every play. The exception is a play where everyone blitzes...think field goal block, or selling out to stop the run on the goal line. Why were we not able to stop the Eagles' air attack?
For the most part, the Eagles have relied primarily on wideouts DeSean Jackson and Jeremy Macling to produce big plays by stretching the field against man coverage. It should come as no surprise (Garrett said as much before the game) that this gameplan was predicated on stopping the big play. In a sense, we did. We stopped the deep balls to Jackson and Maclin. Unfortunately, the cost was high. Ryan relied on a zone shell to contain the deep pass, with the outside cornerbacks alternating between playing deep outside quarter zones and shorter outside zones. They would allow the receivers to run freely to the middle of the field, relying on smart play by the deep safeties, and disguised coverage underneath by the front seven to cloud Michael Vick's judgment. It is not unreasonable to expect some combination of Ware, Spencer, Lee and James/Brooking to contain the middle of the field against a two receiver set, especially against a quarterback perceived less intelligent than most.
Unfortunately, this game plan, and the sudden potency of the Eagles running attack, prevented us from overloading our defensive fronts (we tried this early in the game, a testament to Ryan's ability to adjust on the fly, but were burned by runs to the defensive weakside and screens behind our blitzes. Our corners playing deep prevented us from defending the screen. Our only chance in this game was to play man coverage. Unfortunately, Sean Lee's injury meant man coverage was even more nightmarish against Tight Ends and Running Backs. Without Lee, our defense lost its flexibility.

It has been said by Eagles' players that they did not gameplan for the Cowboys during their bye week. I believe them. This is certainly not an insult to the Cowboys, but rather a revelation of the Eagles long-term success during bye-weeks. Consider this--after Sunday night, Andy Reid continued undefeated after bye weeks. Obviously, this was not a case of the Cowboys being easy to gameplan against (as some have suggested), but rather of Andy Reid employing an effective bye week routine.

Reid spent a large amount of time analyzing game film over the past two weeks. Of the Eagles. He compiled a list of what he believed to be his teams' tendencies, weaknesses, and (to reference poker) "tells". The goal, then, was to completely transform his team over a two-week span. Gameplanning against the Eagles essentially hurts your chances, when they're coming off of a bye. The reads Rob Ryan taught his defense to make were correct. They would have worked. Unfortunately for Rob's Mob, the reads were completely incorrect for the team the Cowboys faced on Sunday.

There is no secret to the strengths of the Cowboys coaching staff. Both Garrett and Ryan are respected for their gameplanning and preparatory abilities. Reid was aware of this. While finding the weaknesses in his own offense, Reid likely gameplanned against himself. With the help of Juan Castillo, he was able to devise the methods in which Rob Ryan would attack the Eagles offense. They successfully forecast the implementation of Ryan's defense, and were able to counter it long enough to build a sizeable lead.

After the chain reaction of gameplanning and misinformed gameplanning, the Eagles and Cowboys met. Exploiting the overprepared Cowboys' defense, and a crushing random chance event (Martellus Bennett losing track of the ball resulting in an interception), the Eagles were able to build a large lead very quickly. The lead forced Jason Garrett to abandon a very successful (> 8 yards per carry) running attack, in favor of the passing attack that the Eagles were built to stop. Sean Lee's injury merely ensured the continued vulnerability of the defense. This game was not lost on Sunday night. This game was lost while we were beating the Rams.
Still believe that the Cowboys lost because they lacked heart or motivation? Convince me.