Breaking Down The Great Escape By Tony Romo

We watch football for a lot of reasons. Sometimes we watch to see great athletes amaze us. Tony Romo of the Dallas Cowboys did just that in escaping four different Philadelphia Eagles rushers.

Share All sharing options for: Breaking Down The Great Escape By Tony Romo

Call him the Great Romodini. Call him Romo the Eel. Just never call him out of the play until he is down on the ground.

In the Dallas Cowboys' win over the Philadelphia Eagles, Tony Romo had another one of his incredible escapes, where you were sure he was going down not once, but twice. Watching it on replay is amazing, but when you look at freeze frames of the action, it seems impossible that he managed to get away, much less complete a pass to sustain a drive that led to a game-tying score, setting up the three touchdowns in 2:35 that largely won the game.

Here are the pictures: 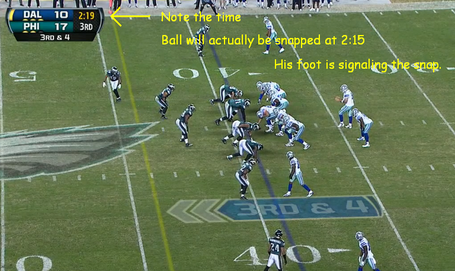 The situation: 3rd and 4, down by seven. Philadelphia is going to rush four and drop everyone else in coverage. 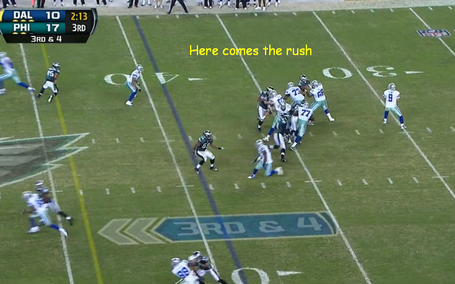 He has Miles Austin open at the 41, but with a defender closing, there is little chance Austin will be able to get to the first down marker. 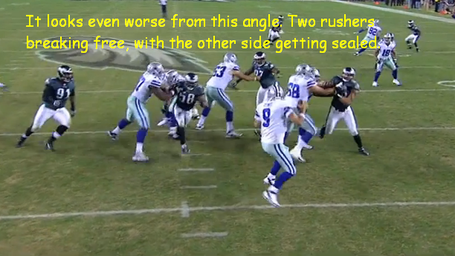 This just looks doomed. Fletcher Cox is unblocked, and Trent Cole looks like he is beating Tyron Smith. Meanwhile, Jason Babin is cutting off any escape to Tony's right. 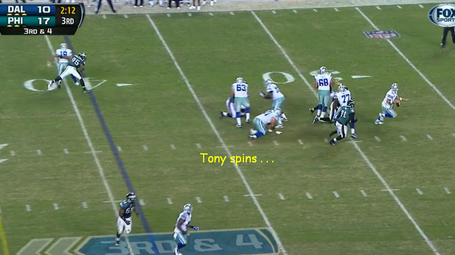 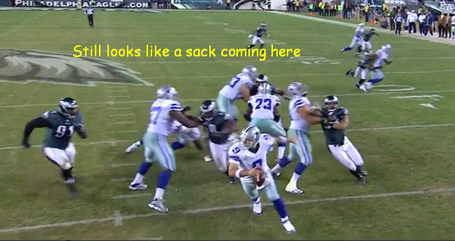 But Cox and Cole still look to have him dead in their sights. 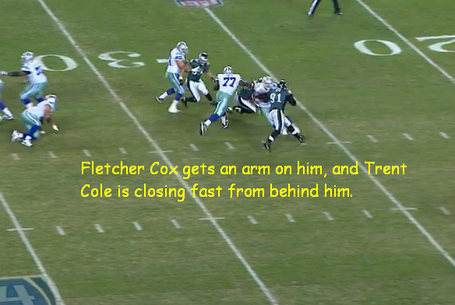 This is where it gets good. Cox has him. 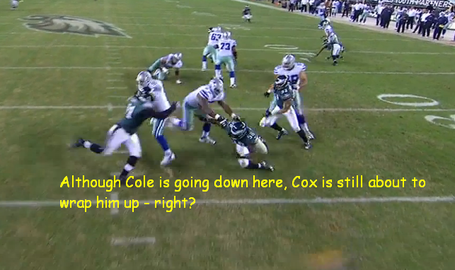 I mean, how does Cox not wrap him up here? You can see that Smith has managed to keep Cole out of the play and is actually riding him to the ground at this point. 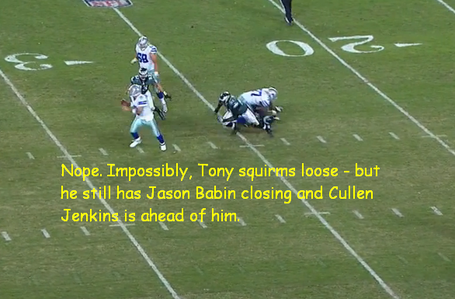 Wow. Not only getting out of Cox's arms, but keeping his balance, moving forward, and looking downfield. 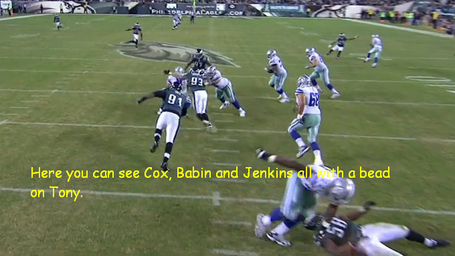 The rush looks to be closing in on him again - but notice Nate Livings there coming in on Cullen Jenkins while the rest of the line tries to come (belatedly) to Tony's rescue. 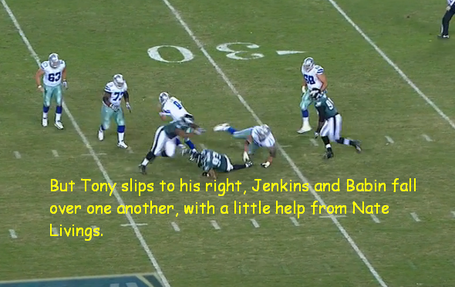 Again, how did he keep his feet? 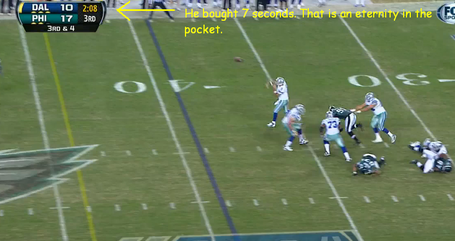 Now he is clear, and rather than run for the first down, he spots Austin downfield. 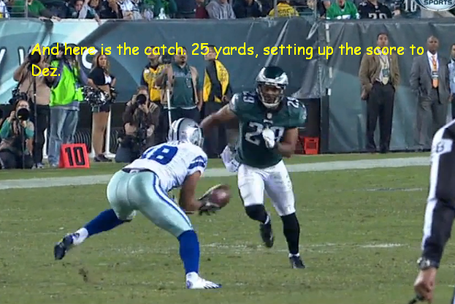 And there you have it. Another amazing display of Tony Romo at his street-balling best, and an offense that knows to never give up while Romo is still on his feet.

This post is sponsored by Jack in the Box.