The Cowboys travel to Atlanta to try and knock off the last undefeated team in the NFL. We go directly to the enemy and get their thoughts on the game.

Share All sharing options for: Cowboys @ Falcons: Game Preview - 5 Questions With The Falcoholic

The Atlanta Falcons are the red-hot team in the NFL, so their fanbase is justifiably pumped about the 2012 NFL season. It's time to check in with SB Nation's Atlanta Falcons blog to get their thoughts on their team and the game. 5 Questions for The Falcoholic. 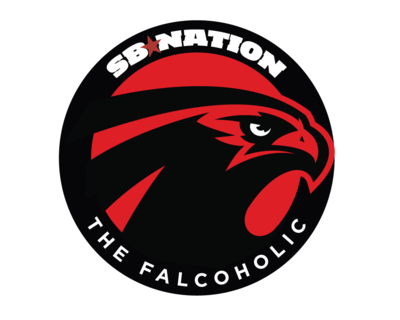 BTB: So, is there any chatter yet about an undefeated season yet? Or is that too far away to even enter the conversation?

TF: There's some chatter, but we're quickly squashing it. Given the fact that the Falcons have never even gone 5-0 before the season, talking about an undefeated season seems like asking for it. If the team somehow gets to 10-0 or above, you can bet it will get serious. Too early to push our luck.

BTB: Matt Ryan is killing it. Is it finally just a case of having a bunch of talented weapons around him, or is there something else different this year?

TF: I think it's a combination of factors. The weapons are as good as they've ever been and Ryan worked all off-season at improving his strength and durability, but I think the biggest factors is new offensive coordinator Dirk Koetter. He's less conservative than Mike Mularkey and more willing to play to Ryan's strengths. Ryan's an intelligent quarterback and plays exceptionally well out of the no-huddle, and Koetter's been willing to tailor the offense to his strengths.

TF: The weakness is pretty clear: They can't stop the run very well. The Falcons are in the bottom third of the NFL in run-stopping and good backs can absolutely eviscerate them. Against the pass, though, they're fairly stellar. Asante Samuel and Dunta Robinson have been a terrific duo outside at cornerback, and the pass rush has gotten more pressure than it used to. That's helped a lot.

BTB: Michael Turner used to be the focus of the Atlanta's offense, but the passing game is on fire now. Are Turner and the Falcons running game still dangerous?

TF: No. To be honest, the ground game is just there to soak up plays and balance things out. Michael Turner is slowing down a little bit at 30 and the line hasn't blocked well for running backs since Harvey Dahl was a part of it. This is no longer the strength of the team, and I wouldn't spend a lot of time worrying about it.

BTB: What is the impact of Sean Weatherspoon not being able to play in the game? Any other injuries or player situations we should take note of?

TF: The Falcons' ability to stop Jason Witten will take a hit. It was logical to expect 'Spoon to cover Witten, because he's the best coverage linebacker on the team and his athleticism would have allowed him to keep up with Witten. Without him, that task falls to the team's talented safeties or its remaining linebackers. Any way you slice it, the defense takes a hit without him. Besides 'Spoon, though, nothing spectacular. You'll face the Falcons at close to full strength.

Thanks to The Falcoholic.