Steelers @ Cowboys: 5 Questions With Behind The Steel Curtain

It's a big game for both the Steelers and the Cowboys, playoff possibilities hang in the balance.

Share All sharing options for: Steelers @ Cowboys: 5 Questions With Behind The Steel Curtain

The Cowboys and Steelers game is a big one. Not only are two of the most popular franchises in the NFL getting together - two franchises that have a Super Bowl rivalry between them - but this game looms large in each team's playoff future. The Steelers come in with a 7-6 record just like the Cowboys. To get an idea of what's going with Pittsburgh, I checked in with the excellent SB Nation Steelers blog, Behind The Steel Curtain.

Behind The Steel Curtain 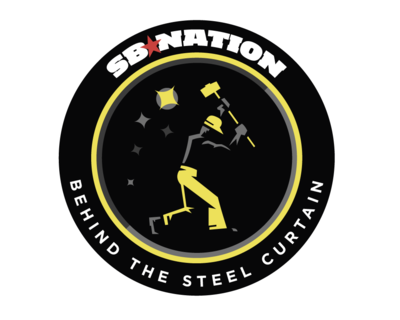 BTB: What has been the biggest issue with the Steelers, leading to an uncharacteristic 7-6 record at this point?

BTSC: I'd say injuries. Having key players out and several veterans having to play into shape really affected the team early in the year, and when the team was getting on track, Ben Roethlisberger was hurt. Now he's back and two starting offensive linemen are out (Willie Colon and Mike Adams).

It's destroyed the rhythm they had been building together.

BTB: Break down the Steelers situation at cornerback for this week. Dallas is a prolific passing team, so this is of great interest to us.

BTSC: Ike Taylor is out, and as is the case in the NFL, depth is key. Cortez Allen (groin) has missed time this week and as of now may be limited if even able to play Sunday. That would put Curtis Brown into the starting lineup, and, as the nickel last week, he struggled.

Since its tough to play much worse than he did last week, I like to think he will play better in this game.

If Allen cannot play, Brown moves to the starting spot and my guess would be either Josh Victorian would serve as an active defender but they may use more of a three safety look.

BTB: How does the suspension of Mendenhall affect the offense, and more generally the team?

BTSC: I can't imagine the team was particularly happy with the fact Mendenhall chose to stay home for the game, so I like to think it at least snapped them to attention.

Not that getting destroyed by the Chargers in one of the worst losses in the Mike Tomlin era wouldn't help wake them up.

It's a pretty good time for the veterans to step in and remind the team what it's playing for.

BTB: The offensive line looks banged up. What's the confidence level in the unit that will play Sunday?

BTSC: This line has been bipolar all season. Any feeling of confidence is based on personal feeling, but I like to think they'll transition easier with Maurkice Pouncey at center and rookie David DeCastro at right guard (moving RG Ramon Foster to left guard) than with Pouncey at LG and Doug Legursky at center.

BTB: How did Roethlisberger look in his first game back last week? Are his injuries still affecting him?

BTSC: Roethlisberger certainly showed he was moving well. The Chargers sent everyone except Santa Claus after him and he was able to escape often enough. The offense performed horribly last week, but Roethlisberger looked alright physically. I think the new look on the line will help provide some more time, giving the Steelers the chance to run the ball a bit more to back an aggressive Cowboys defense off a little bit.

If they can't do that, though, I expect Rob Ryan to send guys from the ground, air and sea after Roethlisberger. Overwhelm the line, slow Roethlisberger down and keep his eyes on what's in front of him, that's how you stop him.

But he'll beat you if you don't get him on the ground.

For more Steelers stuff, visit Behind The Steel Curtain.