We sit down with our SB Nation brother site to get the skinny on the resurgent Bengals, Dallas' Sunday opponent.

Share All sharing options for: Cowboys @ Bengals Preview: Q & A With Cincy Jungle

We love our community here at BTB. Even though we're part of the SB Nation network, we tend to keep to ourselves here and evaluate our team on a daily basis without much influence by fans of other teams. It's partially because as America's Team (and make no mistake about it, we still are in this digital age) we tend to attract a large amount of hateration when the traffic comes from non-supporters. Regardless, folks should know that the SB Nation family has plenty of gems outside of our haven of Cowboys goodness.

One such gem is Joe Goodberry, contributor to the Bengals blog, Cincy Jungle. Over the summer, after we had signed free agent Nate Livings to a free agent contract, Joe reached out to me via our twitter account, @BloggingTheBoys (give us a follow!). He wanted to share his evaluations of Livings and why he thought he was receiving a bad rap on the way out the door by the Bengals fans due to him being asked to do things not in his wheelhouse. I took to the article editor and quickly relayed Joe's sentiments. Low and behold, Nate Livings is currently the Cowboys most consistent offensive lineman.

So with this contest between our two clubs fast approaching, I thought it best to reach out to Joe (follow him @JoeGoodberry) for the Jungle perspective on Five Questions I have heading into Sunday's game. Here's the lowdown. 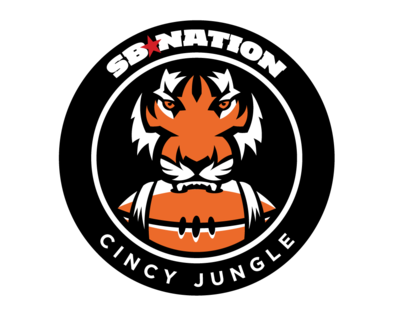 Blogging The Boys: Let's start out with the coaching. Cincinnati seems to have shown a lot of patience with head coach Marvin Lewis, something the Dallas fan base doesn't seem willing to give head coach Jason Garrett. Lewis is 76-79 for his career and 0-3 in the playoffs; yet here he is in Year 10. What has kept him from being burned by the hot seat?

Joe Goodberry: Marvin Lewis has definitely spent his share of time on the hot seat in his 10 years. The more level-headed fans have seen his growth as a coach and most importantly, his acquired power from Owner/GM Mike Brown over the years. Marvin has slowly become the assistant GM and really has been the face of the franchise when the team is at its best. Maybe that's the greater point. Everybody knows who's in control in Cincinnati; Marvin Lewis. As fans, that's all we've ever wanted; less Mike Brown and more anybody else. That, and great drafting in recent years has kept Marvin Lewis on only a mildly warm seat.

BTB: Mike Zimmer was D-Coordinator in Dallas for both Dave Campo and Bill Parcells, who had him shift to a 3-4 front from the 4-3. He's continuously turned out Top 12 defenses for the Bengals. What has his overall philosophy been in regards to pressure and coverage?

JG: Zimmer has been a Godsend. He's so demanding of his players and while that doesn't work with everybody, his style has squeezed the best out of guys that were probably done with their careers. He's employs a primary 4-3 defense in Cincinnati, but they'll mix it up and throw in some 3-4 looks at times. Their go-to defense is in Nickel packages when he'll have both Linebackers walk into the 'A-gap' and spread the defensive line out wide. This forces the offensive lines to block inside-out regardless of if the LBs blitz or not. This creates confusion, quick passes and free rushers. They play primarily man-coverage with a single high safety but they'll mix in various cover-2 and cover-3 looks depending on the situations.

BTB: Geno Atkins appears to have made a quantum leap in his third year in the league, sitting with almost 60 QB pressures through only 12 games. Describe his skillset for us and what, if anything, we can do to save Tony Romo.

JG: Geno Atkins is everything you've heard and more. He's explosive, quick, very strong and his biggest asset is his leverage. At about 6'1", he's usually the lowest man, but when he plays with precise leverage on every snap, nobody can block him. He'll literally put an offensive lineman on skates and walk him back into the QB; doesn't matter how much bigger the blocker is. When I do my weekly reviews, I can get caught just drooling over Atkins and how his interior pressure drives this entire defense.

BTB: Over the summer you did our readers a solid by giving us the skinny on FA signing G Nate Livings. Our teams basically swapped FA's with Cincy signing Terence Newman who had become persona non grata in Big D. Who do you think won that pseudo-trade?

JG: From the Cowboys games I've watched, Nate Livings hasn't been terrible like most Bengals fans were certain he was. I would say Dallas won that "trade" because they drafted Claiborne and signed Carr to sort-of replace Newman.

That's not to say the Bengals are disappointed at all with their end of the deal. They drafted Kevin Zeitler at RG and Clint Boling, the LG has been the biggest surprise this year. So, Livings hasn't been missed for one play. As far as Newman goes, he's been the polar opposite of what he was in his last years in Dallas. He's hitting, tackling in the run game, playing aggressive and fighting receivers for the ball. We're blown away considering what his reputation was for the Cowboys. Sure, we'll see the occasional 80% effort play from him, but one look at coach Zimmer and the Bengals bench that includes Nate Clements, Adam Jones, Jason Allen and Dre Kirkpatrick snaps Newman back into shape. I think the added competition and level of demand from the coaching staff had worked wonders to rejuvenate the veteran corner.

BTB: Dallas' defense has pretty much abandoned press coverage due to our safety play. Without it, do they stand any chance of containing AJ Green? Would it even matter if they did press?

JG: As humbly as I can put it -- No. I don't think A.J. Green can be covered for an entire game or one drive for that matter. Teams have doubled and even tripled Green this season. It doesn't matter. The Cowboys' best bet is to play a safety over top on every single play. Don't slip up once, because the Bengals are waiting for it. As soon as it appears to be single coverage, Dalton and Green know what to do on the fly; they're throwing it deep. The Bengals will also move Green around from both outside spots to the slot and in motion to keep defenses from always keying in on him. Jay Gruden literally has a section of plays that are designed to get Green the ball no matter what. And he'll go to it often. Without Green, this offense is probably one of the worst in the NFL.

BTB: To wrap it up, give me your final score prediction