Venting Over The Cowboys Loss To The Seahawks

Share All sharing options for: Venting Over The Cowboys Loss To The Seahawks

There are numerous things that contribute to the outcome of a game. Win or lose, you can probably go back through individual plays and drives and find key sequences that if played out differently would have resulted in a decidedly alternate outcome. Everyone understands that.

The thing is, when the outcome is win and everyone is positive; the conversations generally don't get challenged. When the outcome is a loss though, oh boy, people get testy. You'll have several camps develop and we see it play out time and time again. There's the "it's just one game" camp. Then you have the "these things are part of an underlying theme" camp (read: It's JJ's fault, Garrett's playcalling, etc etc). There's also the "positive outlook" camp; some of which don't ever want anyone to speak negatively about the team.

From there, each of those camps probably has about three to four subgroups; cliques if you will. So by the time everyone is venting and presenting their views, you end up having a royal rumble in the comments section; fans hoping for the same end game (championship) biting each other's heads off over which version of the loss is more correct than the other.

It's futile to try and stop; all we ask is you try and respect that everyone has a different methodology in coping and a different view from the stands.

With all that said, I might as well provide my quick insta-reaction to the things I saw while watching the game and covering it on our BTB Twitter account (follow us @BloggingTheBoys). I have yet to review the game so some of what I remember may be Andy Pettite-level misremembrance. Still, I invite you to offer your point-counterpoints in the comments.

First thing I want to deal with is what would be called excuse-making. Here's what I came up with; and no, I don't believe this stuff has much bearing on the current game but it does have to do with the circumstances the game was played in. Therego, it's circumstantial evidence!

So, there's that. Now on to the rant.

I firmly believe that the Cowboys showed a lack of focus and preparedness during key moments of the game.

I can't get on a soapbox and tell you that the players gave up; because none of us can realistically know that. We can infer things that we see on the television screens; but that's all dictated by the Fox Sports producers that are doing their best to turn sports contests into made-for-TV dramas. I, like everybody, can be influenced some by the storytellers; as much as I fight against it.

My version of the truth is the Seahawks are an average team that plays well at home. They aren't great. Their offense leaves A LOT to be desired. The Cowboys defense just didn't capitalize or enforce their will. Man to man, neutral field; I believe most fans would take the Cowboys 53 over the Seahawks. Collectively, though? That's where the debate lies.

While I rarely agree with the national media on most things Cowboys; I'm not going to dismiss a meme just because they are harping on it.The Seahawks had nothing to do with the 7 dropped passes that we had. 7. That's a lack of focus; period and point blank.

After a few drops and then throughout the game; Tony Romo threw several "huh?" passes to Seahawks defenders. A tape review will discover whether it was bad route running compounding the poor afternoon by the receivers; but one has to think that Romo participated in the Cowboys not doing their jobs correctly.

John Phillips helmet knocked the ball out of Felix's hand on the opening kickoff; that's Felix not being focused on the play.

Dan Connor got flat out beat on the punt block. Carter was beat as well. There were no scintillating spin moves or anything on those plays by Seahawks. It was basic punt block rush if I remember correctly. That's a lack of effort on the individual play.

The two above notes allowed the Seahawks to outscore Dallas 10-7 on the game. Screw the other 17 points allowed. 10-7. Ballgame.

I don't recall seeing any earth-shattering adjustments by Rob Ryan when the Seahawks were continually forcing Ware into coverage. To me, that's not being prepared with a backup gameplan. While it wasn't 2011 level, some players looked unprepared on certain plays; bad angles, loafing around, etc. etc.

After stuffing the Seahawks early, I was thoroughly confused by what happened to the defense for the rest of the game. Barry Church was the only first half injury; is he the new key to the defense? I doubt it, but you never know.

The rest of the stuff, the remaining injuries to the defense and having Marshawn Lynch run rampant... all happened after the lack of focus and being unprepared had already affected the game. While I don't believe anyone from the couch can quantify whether the players were trying or not, I know that they didn't "look" the part of believing in themselves as the game went on.

Nothing was more evident to me than the fact that they stood around and let Golden Tate pose like a bodybuilder after an illegal hit on their defensive leader, Sean Lee. I mean, nobody had a problem with it? Did you guys watch the rest of the NFL games on Sunday? There were fights EVERYWHERE! I know that DeMarcus Ware and one of the Seahawks linemen got into it once; but nothing after Lee was blasted? You know what Lil' KD had to say about that? 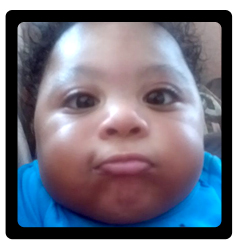 If we're still playing games like this at the end of the 2012 season; then, and only then, will we be able to honestly evaluate whether this hierarchy needs some reshuffling.