Cowboys Next Man Up: Looking At Drake Nevis

The Cowboys need help along the defensive line but they may have found some during the Redskins game.

Share All sharing options for: Cowboys Next Man Up: Looking At Drake Nevis

The Dallas Cowboys have a very thin defensive line. For whatever reason, the Football Gods have decide to punish this team at that position group. Tyrone Crawford, Anthony Spencer, Jay Ratliff and Ben Bass were all guys who were either going to start or they were going to be contributors in the Cowboys defensive line rotation. Now three of them are gone for the year and the jury is still out on Ratliff ever contributing this season. Then, in the Redskins game, DeMarcus Ware went down for an as yet unknown amount of time. It's been a real mess at that position.

Fortunately, the Cowboys have had some success in plugging the holes. George Selvie has done an admirable job filling in for Anthony Spencer. He's shown a little pass-rush ability and has been good against the run. Nick Hayden has helped anchor the middle but hasn't shown much ability to disrupt and penetrate. Still, he's very good at holding ground on double-teams.

But the Cowboys could use another guy who can penetrate from the middle along with Jason Hatcher. It's possible Drake Nevis could help fill that role. Nevis played on 29 defensive snaps in the Redskins game (37% of the total) and in that time managed to show some real potential. Let's go to the pictures to demonstrate.

There's Nevis attacking the middle of the pocket with Chris Chester attempting to block him. He's going right through that block. 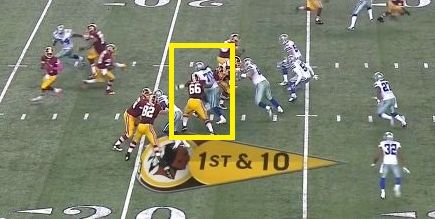 He almost gets to RG3 but is tackled by Chester at the last second. This was one of three plays where holding could have been called as a result of Nevis' efforts but somehow the refs missed them. 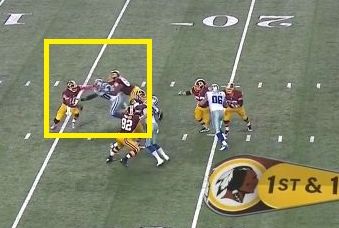 Here's Nevis once again abusing Chester. Granted, Chester is not the best guard but neither Nick Hayden or David Carter has anywhere near the success as Nevis. 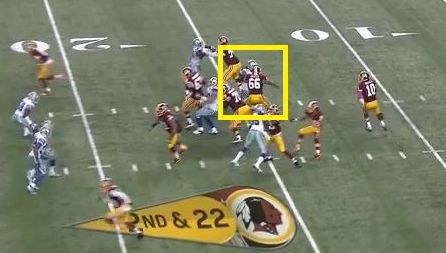 Again, Chester grabs him before he can get to RG3. 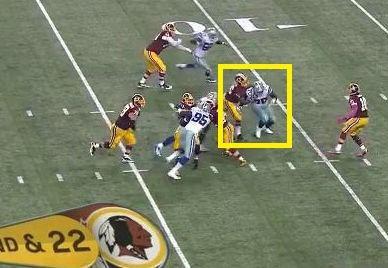 This time Nevis is singled up on Kory Lichtensteiger. 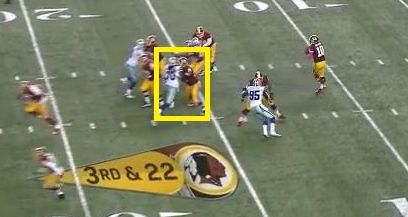 And basically runs him flat over. He didn't get pressure on RG3 on the play but he manhandled the opposing guard. 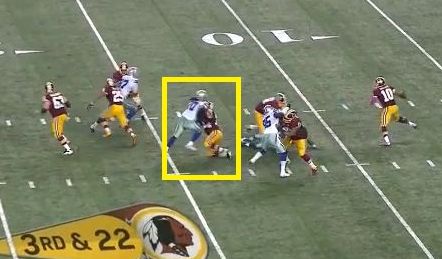 Here's the play where Kyle Wilber got his strip/sack/recovery. Nevis is once again applying pressure up the middle. 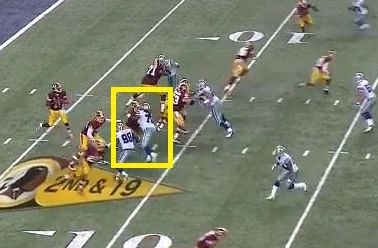 Here is Nevis being tackled again, but he backed up RG3 into the waiting arms of Wilber. 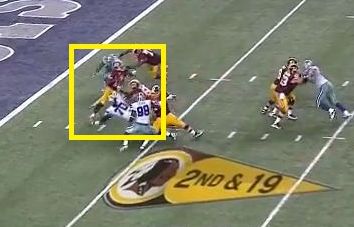 Okay, now here are all the caveats. It was just one game and it was a very limited sample. The guard play from the Redskins was sub-par. But, as I said above, the only other interior defensive lineman creating this kind of pressure on the day was Jason Hatcher. Nevis may just find himself with a lot more playing time going forward.