Nothing you're doing right now is more important than this Mock Draft Challenge. You may think you have something more important to do, but trust me, you are mistaken. Submit your mock draft now and have it voted on by your fellow BTB members. Think you're up to the challenge?

The 2013 NFL draft is still 30 days away, the Cowboys probably aren't going to do anything in free agency anytime soon and there's not much breaking Cowboys news today either. What better time for some mock draft fun?

The challenge for you: Create a Dallas Cowboys Mock Draft.

This is the second time this year we're doing this exercise, after doing our first one in January. So go ahead, create your Mock Draft for the Dallas Cowboys and submit it for a peer review by your Blogging The Boys peers. The BTB community will hand out recommendations for those mocks they like the most, and the winner even gets a prize this time around!

But wait. There are rules. You can't just pick whatever players you like.

Just as a reminder, here are the two previous winning mocks:

The Prize
The BTB Mock Draft challenge will close on Saturday morning at 6:00 AM ET, and the mock that generates the highest number of recommendations by then will be declared the winner. Tie-breaker will be the timestamp on the mock, with the earlier mock getting the win.
A benefactor who prefers to remain anonymous has agreed to hand out a prize for the winning mock: The winner of our Post-Free Agency Mock Challenge will receive this beautiful water bottle. 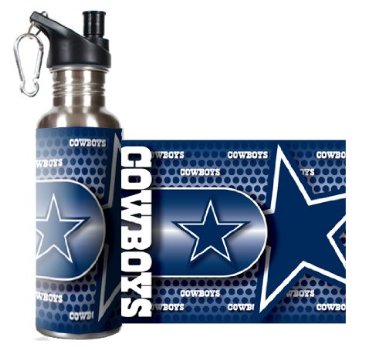 So put some effort into your mock. And perhaps even more importantly, as you read through the mocks other BTB members have posted, look for mocks that you like and rec' them (Press "rec" at the bottom of the comment with the mock you like). And don't be stingy with your rec's. It's more fun for everybody involved if we have a high rec' count.

Like the other BTB writers, I'm ineligible for the prize, but to get this party started, I'll submit the following mock anyway: