Our post-draft coverage continues on with the draft grade for South Carolina linebacker DeVonte Holloman.

After a quiet free agent period, the Dallas Cowboys entered the 2013 NFL Draft with the opportunity to improve their football team and get younger. The goal of every draft is simple, get good football players and leave the draft with a better team. In essence, the Cowboys managed to do that and along the way they solved some needs, but also left some holes open.

If you wanted this franchise to answer every need with just six picks, well then you were going to come away disappointed. It's nearly impossible to do that, so we shouldn't expect even the best drafting teams to accomplish that feat.

The Cowboys accomplished some of their goals and found value along the way. While this isn't my favorite draft class in recent years, this year's haul is a solid one and the players acquired have the potential to all become contributors or starters.

It's extremely difficult and premature to grade a draft class this early, but the grading process is common in the NFL community. Even though we won't know how successful or unsuccessful a draft will be for a few years, I always follow up with my own grades.

Entering the offseason, Dallas had a need at Sam linebacker. Moving to the 4-3 required someone that could start next to Sean Lee and Bruce Carter, but there was really nobody on the roster besides Alex Albright who could fill that roll. With Albright moving back to his natural position of defensive end, the Cowboys made some moves to free up the cash for Justin Durant. 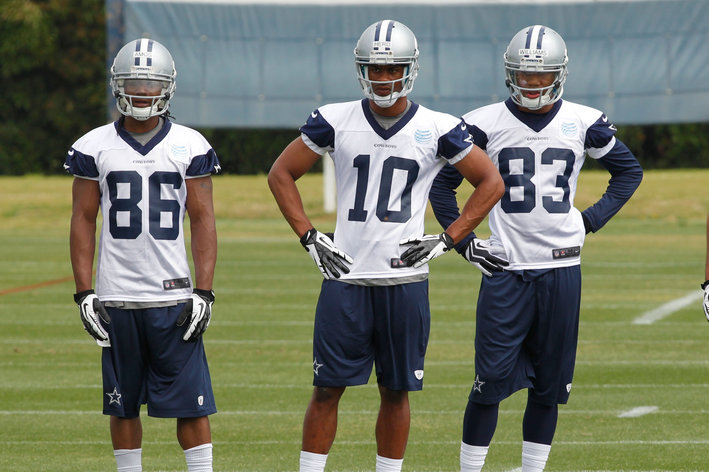 With OTAs kicking off next week, the Cowboys will get a better picture of where the 2013 draft class stands, and how much it could potentially contribute.

Even with a free agent addition, there simply weren't enough bodies and talent on the depth chart.

Now I'm sure the Cowboys wanted to target this position earlier in the draft, but they decided to wait. There was an opportunity to draft Arthur Brown back in the second round, who in my opinion would have came to Dallas and solidified the best linebacking corps in the league, but they opted to pass and use the 47th overall pick on tight end Gavin Escobar.

Eventually we will find out if Brown is the type of player I think he is, but just keep in mind the Houston Texans and Baltimore Ravens were both high on him. Considering they are pretty good talent evaluators, Brown's future looks promising.

As for the players Dallas passed on, there really aren't too many to get worked up about in the sixth and seventh round.

Holloman does offer the Cowboys an athletic linebacker with high football IQ. He is a former safety who doesn't have the speed (4.71, 4.76) to play deep in the secondary, so his size (6'1, 243) makes him a better fit at linebacker. The only combine measurable that stands out is Holloman's 4.26 short shuttle, and that suggests he possesses some short-area quickness.

At South Carolina, Holloman started off at safety and then transitioned to the "Spur" role and acted as a hybrid safety/linebacker. Playing in the secondary gives him some experience covering tight ends, running backs and occasionally wide receivers in the slot, though his lack of straight-line speed does prevent him from doing this all the time.

Some of his most impressive highlights come from his natural hands. This is a guy who registered seven interceptions and has a nose for the football and makes plays. In his new role in Dallas, I don't expect him to thrive in coverage, but it's at least comforting knowing that Holloman has some knowledge in that area.

15 Things We Learned From Rookie Minicamp 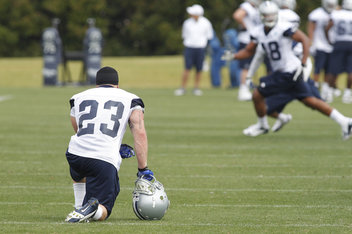 His best asset is that he possesses a strong understanding of the game and knows what is going on around him. As a linebacker, he seeks and destroys, dishing out punishment or making the tackle. I've seen some scouting reports that suggest Holloman isn't a good tackler, but I totally disagree with that. His pass rushing skills are also somewhat underrated.

We can expect Holloman to become a big performer on special teams. He has the physical makeup to succeed in the NFL as a bottom-of-the-roster type of player who makes a living doing that, but his passion and approach towards the game warrant more production. This is a valuable pick and if the Cowboys allow Holloman to grow and develop, then anything is possible.

Coming from the SEC, Holloman produced and faced some of the best competition in college football. He made the move to linebacker and he looked natural in that role. Holloman is a strong combination of athleticism, experience, toughness and intelligence. The Cowboys landed a very good football player late in the draft. He may never make the team or possibly just become a special teams player, but maybe Dallas has another sleeper waiting in the wings to become another playmaker on their defense.