The Cowboys opened up full team activities yesterday. Catch up on the fun.

Dallas has gotten their journey towards the 2014 Playoffs collectively underway. OTA's kicked off today and it was definitely a sight for sore eyes as many players who were injured during the 2012 campaign made their triumphant return. We were able to catch a glimpse of the Cowboys commitment to the 12 personnel group, albeit with a little help from the lone fullback on the roster not participating in today's practice.

The Cowboys will reconvene tomorrow and Thursday, and then again for the next few weeks, but here's a glimpse at what we could gather from the week's only practice that will be open to the media.

Here's a look at the depth chart, based on what we could gather from yesterday's reports. The rookies were clearly put on a lower level to start the OTAs off, but that is something that is definitely subject to change as they learn the system and work their way up. Click to enlarge. 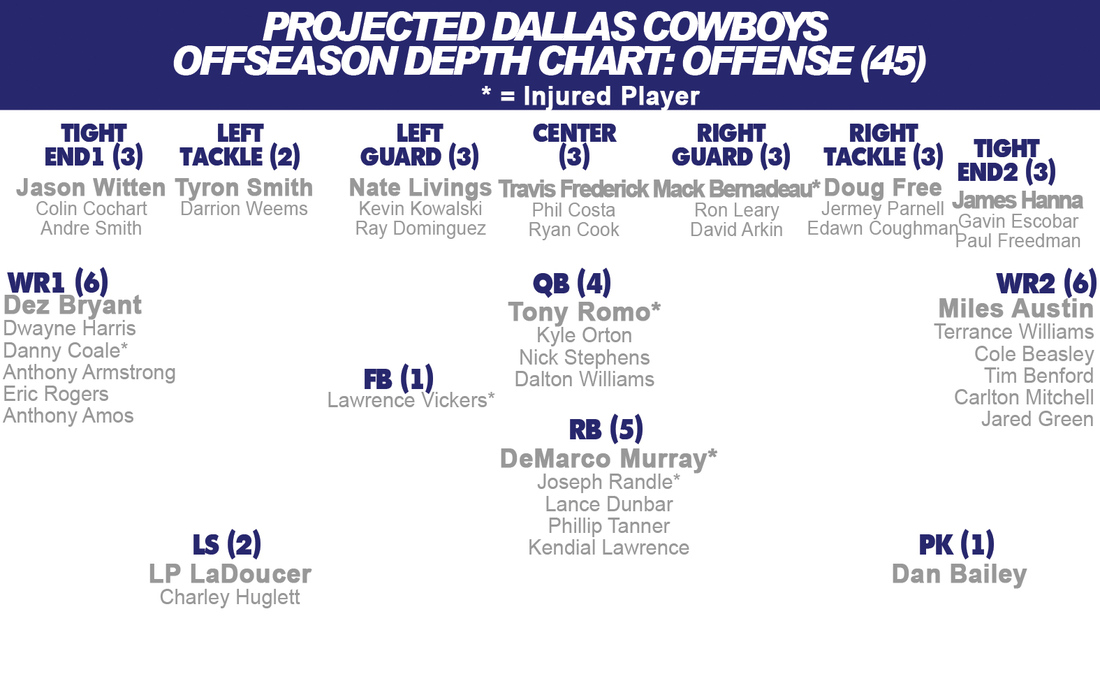 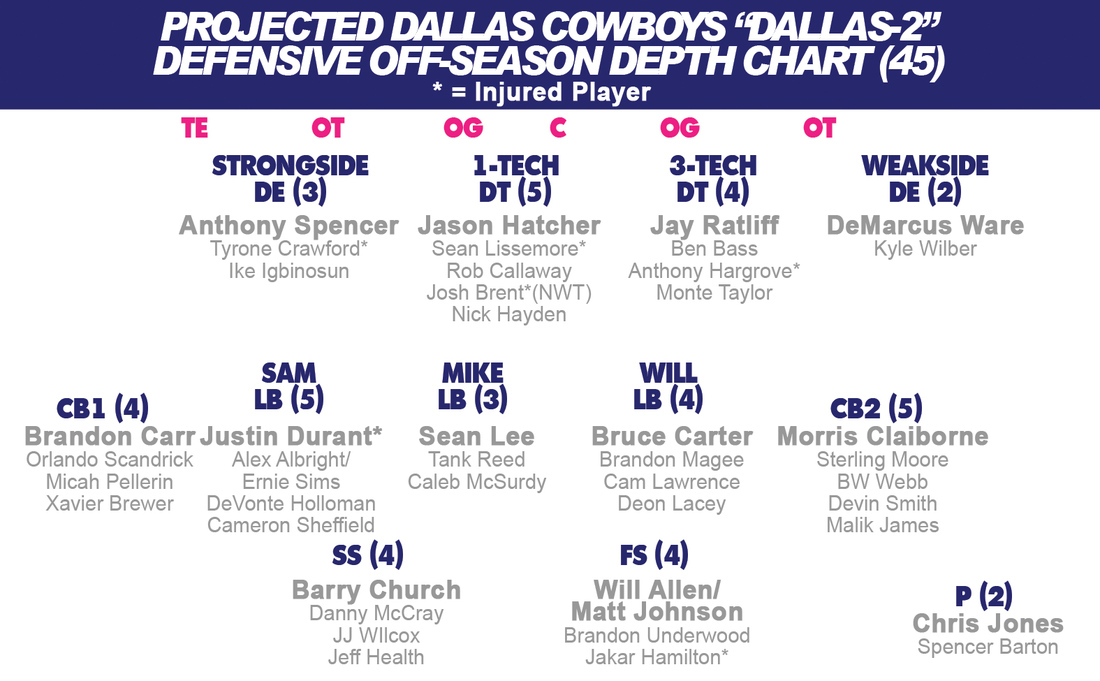