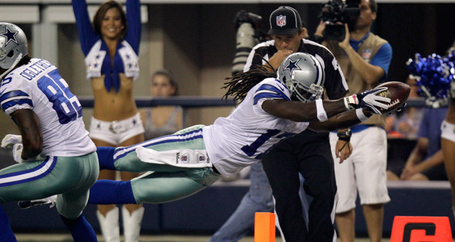 It's the little details that are vital. Little things make big things happen.

The great John Wooden had a way of words I'd say, but more often than not he was right. In relation to our beloved Cowboys we all expect big things to happen this season, depending on your definition of big. In particular I expect big things for the Tony Romo led offense.

We all know the usual suspects Romo, Dez, Miles, Murray, Witten, and Tron. They make up the critical core on the offensive side of the ball. Barring injury (yeah I know maybe the most overused phrase this off season) the offense should continue moving the ball and piling up the yards. The red zone struggles are well documented, with the additions of Frederick and Escobar theres hope that it may be on the up and up. But there is no denying the ability to move the rock.

As Wooden said "Little things make big things happen". As every team along side the stars you need role players, or you just have the Lebron James Cleveland Cavilers teams. Garret has done a good job of putting together a young, talented and RKG type of players behind his studs on offense.

'Every year you got to fight for your job,' Harris said. "They're always drafting a new guy on us. We don’t even know who they're going to draft. So when you get a new receiver, you just got to go out there and do your job.

Harris came into his own down the stretch of the 2012 regular season. His biggest impact came on special teams becoming one of the better return guys in the league. His avg of 16.1 yards per punt return was 2nd in the league and his 19 yds per on 11 kickoffs were very good in its own right. But he also made his presence felt at the WR position. While more quick than fast his route running, YAC ability and hands were showcased in big time moments. If he can continue to improve on his 17 catches 222 yards and 1 TD from last season he can play himself into a bigger role.

As practice has gone on I feel like I've got a chance to get on the field quite a bit. 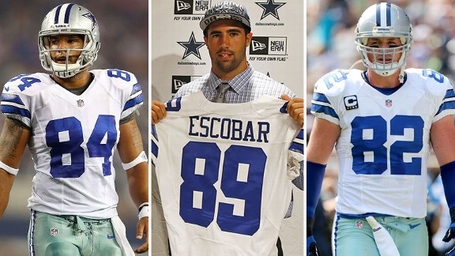 With the 12 personnel set looking to be the base formation on offense I agree he will have a chance to be on the field alot more this season. Even with the drafting of Gavin Escobar the way things are shaping up there will be different variations of the set that will utialize each TE's skills. Hannas particular skills are his 4.4 speed and ability to stretch the defense. Hanna came on toward the end of the season as his snaps increased. With a year under his belt and tutelage from future HOFer Jason Witten, if he can continue to hone his skills he can be a breakout player. Former scout now writer on the mothership Brian Broaddus has a positive outlook on Hanna this season.

If this team plays as much "12" personnel as I feel they will, Hanna has a chance to catch a ton of ball as well. Of the tight ends, he is the quickest and his ability to play with smoothness is quite impressive. He knows how to get open and can catch the ball anywhere outside the frame work of his body.- Broaddus 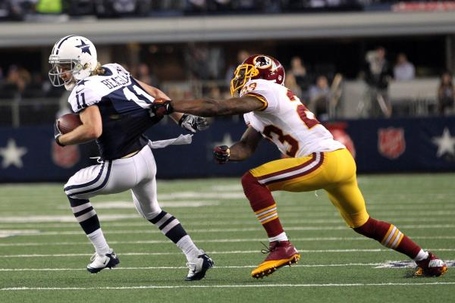 Beasley's best traits are his quickness, route running and hands. He doesnt fit the prototypical Jason Garret WR, and thats what I like. Hes more of the Wes Welker mold, a player like that in this offense is a luxury. If he and Harris continue on the same path they were on and the end of the year, it provides experienced depth behind Dez and Miles. If its one thing its good to have in this offense its trust, just ask Ogaltree, Beasley and Harris have Romos utmost. 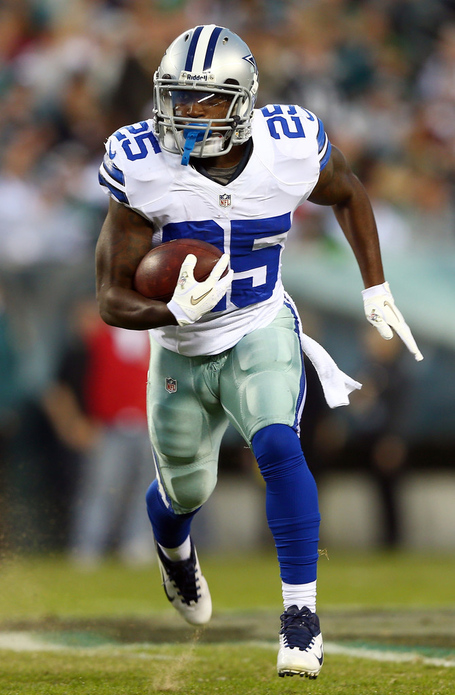 On special teams is where Dunbar will get a chance to most likely make his biggest impact. If you ask me I think we found our kickoff return guy until further notice. In 12 attempts he averaged an impressive 21.7 yards a pop. Between he and Harris field position has a chance to play in our favor for a change due to special teams.

But where im most intrigued to see Dunbar is in the passing game as a 3rd down back. Now I'm not saying he should be the defacto 3rd down back, but between Murray and Randle pounding through defenses Dunbar can have his chances. Broaddus and Witten have taken notice in Dunbars ability out of the backfield:

I always knew that he had quickness and an ability to catch the ball but what he has shown as a route runner and in the open field has been impressive. He has been difficult for even linebackers like Sean Lee to cover in space. Jason Witten and I were talking about him the other day and he felt like if given the opportunity could be a 50 catch type of player as a third down back. - Broaddus

If the offense does big things during the 2013 season the usual suspects will rightfully get their due. But it may be The Role Dawgs that make those key plays that could be forgotten during the season. If that is the case this offense could go from good to great. As the peoples champ said , Know your role and... well you know the rest.

Which member of TRD will have the biggest impact?