After looking at the early round picks in the first installment of this series, it is time to shift our focus to some guys who are more likely to begin having more impact later on in their career, although each will have an immediate role as well. During the 2013 draft Dallas had two third round picks and one in the fourth, thanks to the trade back with San Francisco. Lets look at what the team has in mind for Terrance Williams, J J Wilcox, and B W Webb. Ask yourself if you can start seeing a trend emerge. 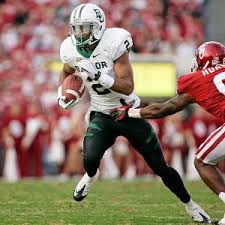 Williams will likely be worked into the game as a backup for both Miles Austin and Dwayne Harris, with the bulk of his action coming in the third WR role during 2013. Harris is anticipated as an outside receiver so I would anticipate that he will spend most of his time there while Miles moves into the slot. Should Austin's hamstring issue return this season, there is a strong possibility that Williams could join Dez Bryant as the starting WRs even though overall he is the fourth receiver on the team behind Harris. No matter how things play out Terrance Williams will gain valuable game experience during his rookie year.

Williams is most likely going to become the #2 wide receiver in the not so distant future. By the time his third season rolls around, Austin will be over 30 and his base salary will be escalating along with his age. Miles will be making #1 receiver money, but he will never again be the top dog in Dallas, so it behooves the team to consider going younger and less expensive. If Williams has progressed to the point that he is ready to fill the role full time and can maintain a high level of production for the team, it makes sense that they would choose to take that route. 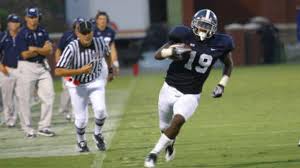 Based on his limited experience, J J will make his initial contributions as a member of the Dallas special teams unit. He is a "jack of all trades" type of player, as evidenced by his moves from wide receiver to slot back and then to safety at Georgia Southern. His tackling skills and his kickoff return ability will most certainly be an asset for first year special teams coach Rich Bisaccia, as he works to rebuild that group. Defensive backs coach Jerome Henderson will be focused on helping Wilcox to perfect his technique as a safety and it would not be out of the question to see J J Wilcox earn increasing amounts of playing time in the secondary as the season unfolds.

Wilcox is a guy who is anticipated as a player who will grow into his position. It is likely that he will press and surpass Barry Church for the starting safety job once his technique catches up with his athletic ability. J J possesses great football instincts and size for his position. He also brings more athleticism to the field than does the man he is currently behind on the depth chart. Wilcox should be expected to make his move no later than his third year in the league, if not before. 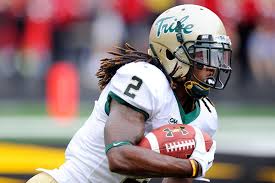 Like fellow rookie J J Wilcox; Webb's primary contribution during the upcoming season will be as a special teamer. This was an area of strength for him at William & Mary. Even though he was a four year starter there, he was also a four year teams guy as well. Due to a combination of backing up Orlando Scandrick as the slot corner, and some areas of his game that need significant work, Webb's time on the field with the defense will be greatly limited this season.

Strategic: As he gains experience, B W will have the opportunity to develop into a player who can challenge for the slot corner role now filled by Scandrick. He is a player whose athletic ability and instincts will get him noticed. If Webb can progress through the efforts of Jerome Henderson, he has the talent to supplant the incumbent slot corner allowing the team to once again get younger at a position where they have a player who is expensive for what he does. The biggest questions the team is looking for B W Webb to answer is "When will he make Scandrick expendable?"

As opposed to the first group of guys we looked at, the group above are primarily looked at as a bunch that are expected to have their impact later on down the road for the Cowboys. Each will add something right way, but none are expected to be immediate difference makers. A common thread they share is a potential to be solid if forced into significant action early and the chance to be key players in a season or two.

At this point, we have looked at five different guys; some who will be key pieces immediately and some who will be role players. The one thing that each has in common is that each has a potential role in the future needs of the Dallas Cowboys. In the final installment, we will see if the late round guys follow the same trend. Before we do that; however, I want to get your opinion on the guys taken in the middle of the draft. How do you see Williams, Wilcox, and Webb fitting into the team?