As promised in the initial post covering yesterday's camp activities, here is a play-by-play summary of some of yesterday's 11-on-11 practice. This breakdown covers the team drills that were conducted from about the offense's 20 or 30-yard line. All of the plays were executed from roughly that area, regardless of how big a gain was made on the previous play. Note that all the distances quoted below are approximate as I was standing at midfield and couldn't always see the exact distance each play gained. 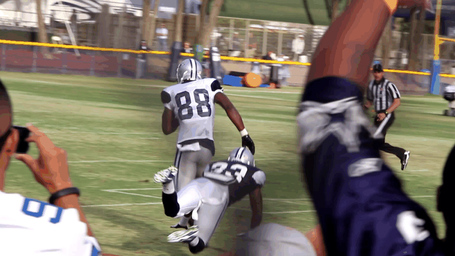 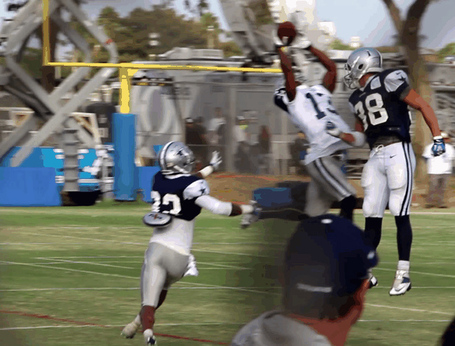 The horn blows, and this session is over. The team then proceeded to run some red zone plays, most of which are caught on film in this segment on DallasCowboys.com.