We take a look at the fan picks for the Week 12 games and wonder if more teams are going to follow Oakland's lead and score an upset win.

Share All sharing options for: NFL Week 12 Fan Picks: Any Given Sunday?

Every week, 250+ participants take part in our Pick 256 Challenge, a season-long contest in which BTB members and readers get to pick the straight-up winners for all games each week.

This week's Pick 256 Challenge got off to a rocky start when the Oakland Raiders held on for an upset win of the Kansas City Chiefs on Thursday. The Chiefs had been favored for the win by 95% of the 276 participants in this week's contest.

The BTB consensus picks left almost nothing to chance this week and followed the Vegas lines in 14 of 15 games, only going against the Vegas lines by picking Cleveland over 3-point favorites Atlanta. But the outcome of the Thursday Night game calls that strategy into question. Will we see more upsets this week, especially for those games where the consensus vote was less certain than for the Chiefs?

Our Pick 256 participants have no such qualms about the Cowboys, as only four of the 276 participants picked the Giants for the win.

But the Oakland win over Kansas City reinforces one of the most over-used but nevertheless valid memes about Football: Any team can win on any given day.

And the Oakland win over Kansas City closed the loop on the NFL's annual "Circle of Parity," where all 32 teams have beaten another NFL team who has beaten another, and so on. Complicated, yet simple, and quite visually appealing as this infographic from Reddit user Lvl9LightSpell shows: 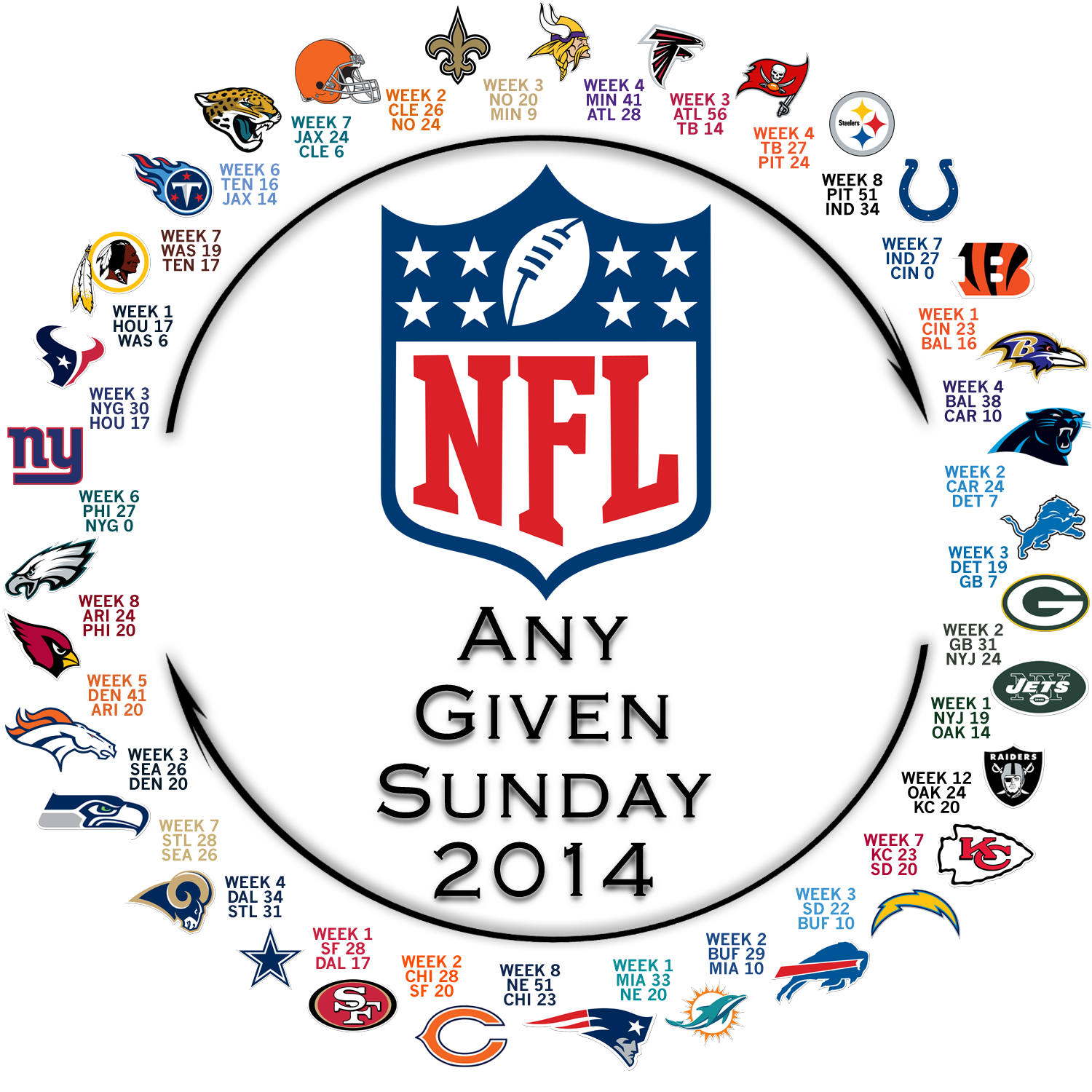 Over to you: With Oakland setting the pace by upsetting 7-point favorite Kansas City, which other heavily favored team do you think is in for an upset loss this weekend?

Here's a link to the Excel file with all the picks for Week 12, for those who are interested in tracking the results themselves.

Once you open the file, you'll see a blue title bar into which you can enter the winning teams to see where you end up among all participants. The title bar is currently populated with the winner of the Thursday game, as well as the consensus picks for the remaining games. If you want to see how you fared during or after the weekend games, simply input your own picks into the title bar and see how many correct picks you have.

In any case, have fun with the file and good luck with your picks.