More from our team sites

More from our team sites

The Dallas Cowboys are trying to right the ship after a couple of weeks of choppy seas. First came the debacle against Washington that resulted in the injury to Tony Romo. Then came the Cardinals game where Brandon Weeden was downright awful and the Cowboys suddenly find themselves in the midst of a two-game losing streak. To get things trending back in the right direction, Dallas will have to beat the Jacksonville Jaguars in London.

The good news for Dallas is that Tony Romo is expected to be back under center. Without him, the offense sputtered, with him, the Cowboys offense should be much better. Jacksonville does a good job of attacking the QB, but in most other respects they struggle on defense. Dallas should also have all of its starters along the offensive line back with the return of Doug Free and Ronald Leary. DeMarco Murray will likely be starting a new 100-yard rushing streak.

On defense, things are not so rosy. The Cowboys will be without Tyrone Crawford who has become a force at the 3-tech tackle position. They are also likely to be without starting middle linebacker Rolando McClain. Those two players have been among the Cowboys best all season. Jacksonville will try to make use of running back Denard Robinson to help rookie quarterback Blake Bortles, but will it be enough? 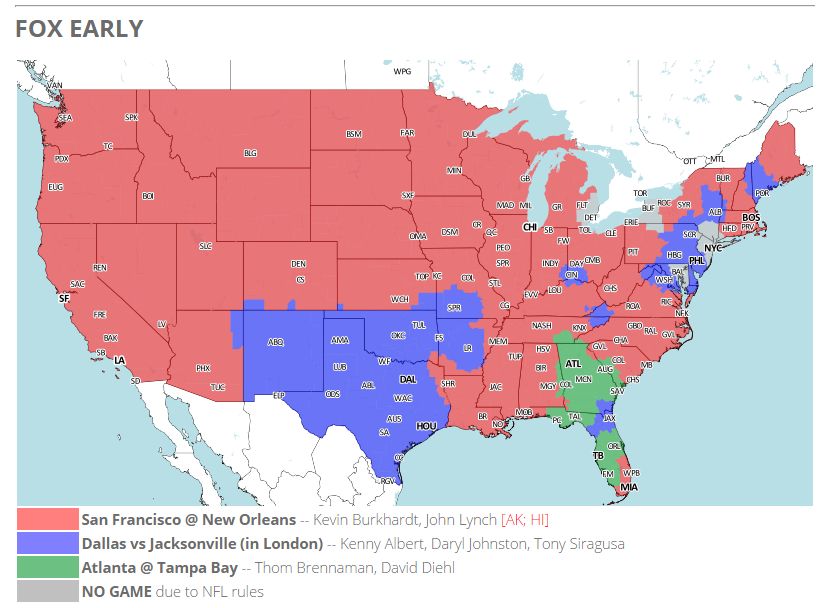