Fresh off a huge win in Philadelphia, the Dallas Cowboys come home and must keep the playoff momentum going against the Indianapolis Colts. The euphoria the Cowboys felt after vanquishing their rivals last week was quickly tempered by the news that star running back DeMarco Murray broke a bone in his left hand. Adding to that bad news were the ankle injuries to right tackle Doug Free and right guard Zack Martin.

The Cowboys enter the Colts game with question marks around those three players. As it stands right now, the thought is that Murray and Martin may play while Free is likely to miss the game. Free would be replace by Jeremy Parnell, something that has happened on a handful of occasions this season because of injuries. Mackenzy Bernadeau would replace Martin, and Joseph Randle/Lance Dunbar would replace Murray. If all three of those guys are out or limited, the Cowboys vaunted run game could suffer, but, the Colts run defense is pretty poor.

The Colts come in ready to fire the ball around the field, led by Andrew Luck and their pass-happy offense. The Cowboys might catch a break as star receiver TY Hilton might not play because of a hamstring injury and the fact that the Colts have already clinched a playoff spot. They can afford to be conservative with their injured players.

The game is in Dallas were the Cowboys have not played particularly well, amassing a 3-4 record so far. This is a huge game for the Cowboys, the playoff implications are immense. It's actually possible for them to clinch a playoff spot by winning this game and getting some help from other teams over the weekend. 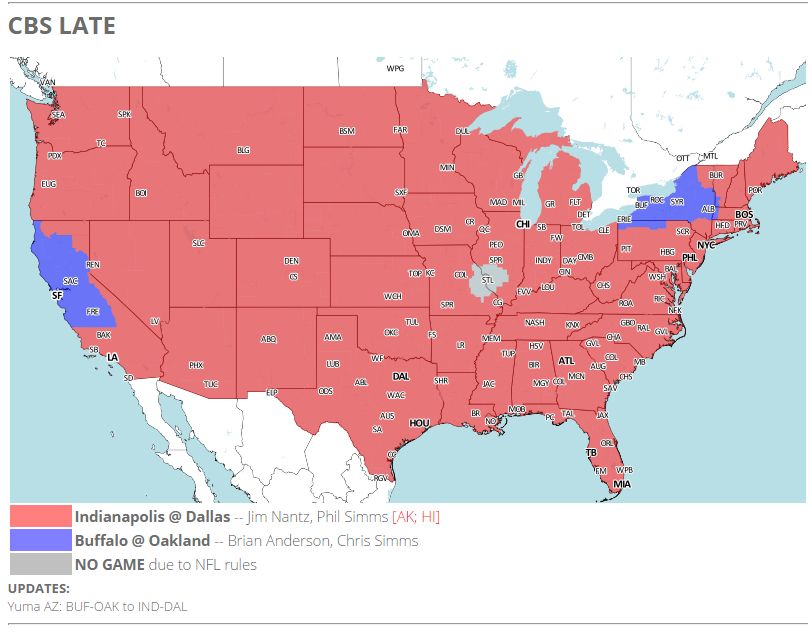