The Dallas Cowboys head into Week 17 secure in the knowledge they own the NFC East crown and will host at least one playoff game. Of course, there are certain scenarios where they could actually end up with a first-round bye, but the likelihood of that occurring is pretty remote. That leaves them with the question of playing their regulars in the game, or giving some guys some time off.

So far, coach Jason Garrett has said he has no intentions of resting anybody and that Dallas will go all out to win the game. We'll see if he holds to that once the game begins. Dallas heads into the game pretty healthy. DeMarco Murray had 22 carries last week just six days after hand surgery, so there shouldn't be any question about his ability to play. Tony Romo has looked much better with his mobility in recent weeks after fracturing two transverse processes at the hand (or knee, more precisely) of a Washington defender in their first game. The only Cowboys starter that will not be available for the game is right tackle Doug Free. He has missed a few games this year and Jeremy Parnell has proved to be a competent backup.

On the Washington side, things are not so rosy. The team is 4-11 and are very uncertain about the quarterback of the future. Robert Griffin, III will start the game, but who knows what will happen in the offseason. The Washington defense has a ton of injuries and they may also need a total overhaul after this game. Washignton first-year coach Jay Gruden has a lot of work ahead of him. 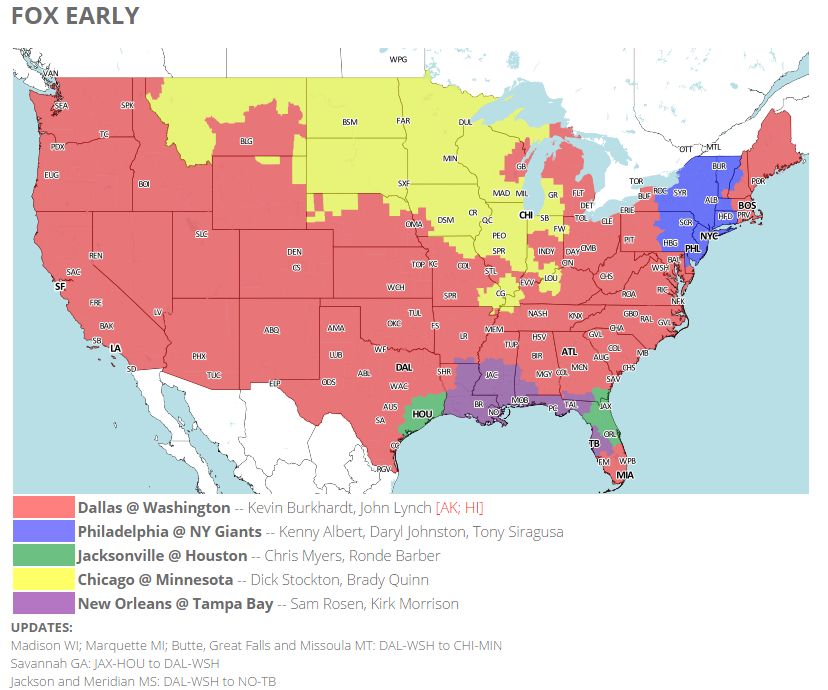