Latest Dallas Cowboys headlines: Contrary to popular opinion, there has been no offseason "changing of the guard" at Cowboys headquarters; Steelers G.M. says everyone wants to trade down in this draft; Cowboys interested in safety Thomas DeCoud?

Is Jerry Stepping Back From Cowboys? " Mike Fisher, CBS Dallas / Fort Worth
Contrary to popular opinion, there has been no offseason "changing of the guard" at Cowboys headquarters as it relates to owner Jerry Jones’ authority, Mike Fisher writes, and goes on to explain that it’s not that commander-in-chief Jerry is "stepping back," but that his lieutenants are "stepping up."

Garrett is in charge of the team’s roster. The assistant coaches, including new offensive coordinator Scott Linehan and newly elevated Marinelli, received their jobs due to Garrett’s push. They report to the coach. Who reports to Stephen. Who reports to Jerry.

Steelers G.M. says everyone wants to trade down in this draft | ProFootballTalk
Steelers General Manager Kevin Colbert said today at the league meeting that with the available talent in this draft, trading down makes a lot more sense than trading up. Unfortunately for Colbert, he thinks the rest of the league feels the same way, which means that teams looking to pick up extra picks by trading down won’t find many takers.

"It makes more sense in this draft than trading up," Colbert said of trading down, via Gerry Dulac of the Pittsburgh Post-Gazette. "I’m sure everyone shares the same thought."

Cowboys interested in safety Thomas DeCoud? | Detroit Free Press
While visiting the Detroit Lions last week, DeCoud said he has "received interest" from the Cowboys, Raiders and Ravens, though no visits have been set up yet.

DeCoud was cut by the Falcons after six seasons, in part due to cap considerations, in part due to bad play in 2013. He turned 29 last week, made the Pro Bowl after a six-interception season in 2012 as a free safety, but, like most Falcons, had a terrible season last year.

NFL may use bigger active rosters for Thursday games | ProFootballTalk
The NFL is considering allowing 49 instead of 46 players to suit up on Saturdays and Thursdays to accomodate teams that may not have had enough time for recovery from their games on the Sunday before.

"They’re trying to take over every night of TV," he said. "And initially, it’ll be the biggest rating thing there is. Then, if they get Saturday, now they’re impacting college. And then if they go to Wednesday, at some point, people get sick of it."

Scheduled Visits: The Cowboys are scheduled to visit with OL Billy Turner of North Dakota St. (Hat tip to starmesh23). Turner is projected as a second- to third-round pick. Tight end C.J. Fiedorowicz out of Iowa has a private workout scheduled with the Cowboys. Fiedorowicz projects as a third- to fourth-round pick. 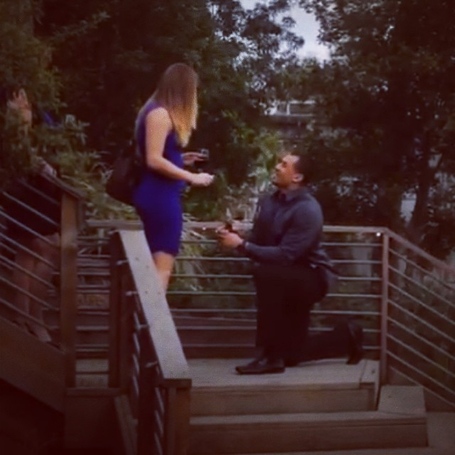 And while we're on the topic of congratulations, DE Ben Bass got married a little over a month ago to Cassey Bass. 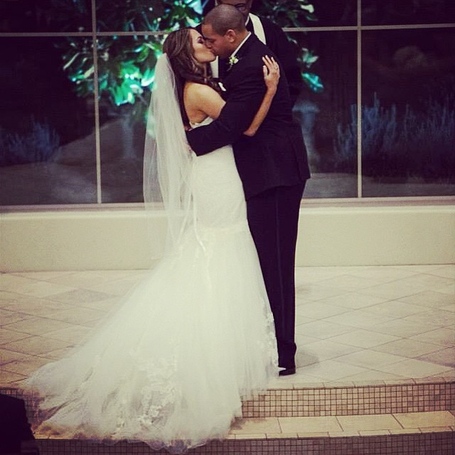 And Matt Johnson may not be too much behind either. He's dating Kimi Polman of Pro Softball fame.