Terrell McClain: Rod Marinelli was a huge reason I came to Dallas | Dallas Morning News
New defensive tackle McClain joined Sirius XM NFL radio on Saturday to talk about coming to Dallas. The DMN has a partial transcipt of that interview, here's an excerpt:

On how Rod Marinelli factored in with McClain signing with the Cowboys:

"It factored in a lot. He actually came down to my pro day and actually did the drills at my pro day three years ago when I was coming out of college, so I had a chance to talk to him. He was telling me all about himself. He’s a great guy, a great coach and I’m really fortunate to be able to be coached by him the next three years."

Dallas Cowboys Twitter mailbag: Tackling injuries - Todd Archer, ESPN Dallas
Archer answers his Twitter mailbag, with most of the questions dealing with injuries in one way or another. Archer writes that the Cowboys could "take a chance" on Dominique Easley if his knees check out; that Anthony Spencer could come back on a one-year deal if his knee also checks out; that the Cowboys are treating their fix to the hamstring issue "like some secret sauce deal"; and that all signs point to Matt Johnson being a full participant in "everything in the offseason."

Cowboys willing to invest resources in quarterbacks, just not draft picks | Rainer Sabin, DMN
Sabin laments the fact that since 2000, Dallas has drafted fewer quarterbacks than any other team in the league, and seems to imply that because the Cowboys are a pass-happy team, they should have drafted more QBs in the past. I assume Sabin still has space on his jersey: 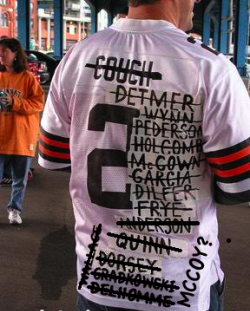 Dan Bailey flies with Blue Angels - NFL Videos
Dallas Cowboys kicker Dan Bailey crosses one more thing off of his bucket list after flying with the U.S. Navy's Blue Angels, and NFL.com has the video to prove it.

Source: LSU fullback J.C. Copeland met with Cowboys, Patriots | National Football Post
The 6-foot-1, 270 pound LSU fullback is making the rounds. In addition to his meetings with the Cowboys and Patriots, he'll work out for the Lions, Falcons, and Buccaneers.

The NCAA Tournament Did Not Bring Championship Results to Dallas-Area Hotels – Skift
According to an analysis of hotel pricing and availability in Arlington by the web data extraction company Connotate, the Final Four tournament brought seesawing demand and, ultimately, low prices and high availability at area hotels, as the following graph illustrates.

Spent my Saturday morning hanging out with a bunch of families. #AccentureFamilyDay @ Valley Ranch http://t.co/DenDN6y4Zd

Moving is awesome!......said no one ever

Going to my first Golf event at Cowboys Golf Club Oh Lord ya pray for me lol I never been golfing.

Man it's truly amazing the things fans say/tweet! At the end of the day at least have more respect for yourself #CharacterIsEverything

That workout me and @BCarr39 just put in was something serious. @Coach_Holmes had us in there working.

Game of Thrones time...Nobody disturb me for the next hour....Thanks