Playing The Run On Defense: 1-Gap vs 2-Gap Schemes

There are two prevailing schools of thought when it comes to playing the run in the NFL. Let's learn exactly what they entail.

Share All sharing options for: Playing The Run On Defense: 1-Gap vs 2-Gap Schemes

Stopping the run on defense is all about numbers. Do you have enough players on your defensive front to account for every possible gap the offense might choose to utilize? Before we get into schemes on defense, let's look at how many gaps defenses have to account for. 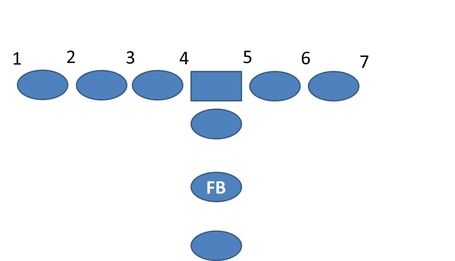 Here we have an offense in a basic I-Formation, and I've counted the gaps between offensive lineman. We can see seven gaps, but is that all the defense needs to fill? By now you should know, it's never that simple. There's a reason why I've highlighted the fullback here. 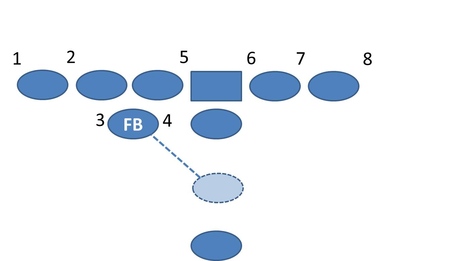 This represents what you might see from the fullback on a Lead or Iso play through the B gap (between guard and tackle). The fullback inserts himself into the blocking scheme creating an additional gap. Now we have eight gaps, considering the Base 4-3 and 3-4 defenses only contain seven men in the run front, you can see that we have a problem.

Now we'll look at how teams account for each gap depending on your scheme.

The old-school, more traditional 3-4 defenses like the one brought to Dallas by former head coach Bill Parcells, featured 2-gap defensive linemen, who were big and long, and could stand up blockers while keeping eyes in the backfield and react to runs in their gaps. 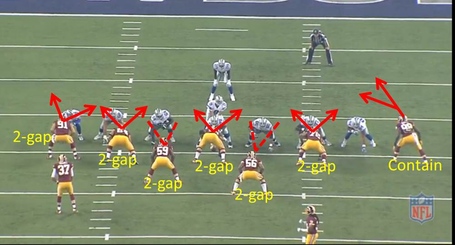 As we see, Washington is attempting to fill all eight gaps vs the Cowboys 2 TE set w/ only five players. The Sam OLB (91) as well as the three defensive linemen all 2-gap, while the Jack LB (98) has contain to the open side as well as cut back and boot responsibility. The Mike and Mo Inside LBs will have 2-gaps as well. This way the team has each gap covered as well as contain and support from the ILBs. 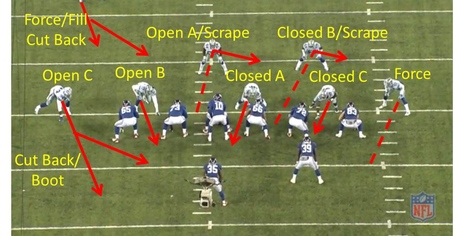 Here we have Dallas in an Under front, against the Giants' offset "I" look and I'm assuming that they will roll to a single high look just before the snap. The Rushmen have it easy, their goal, "get a hat in a crack" and get upfield. The Open end, has C gap responsibility against a run to his side, and cut back/ boot responsibility on runs away from him. Mike and Will LBs have gap responsibility on runs at them, but on runs away they are assigned to scrape over the top and fill in behind their cohort as they get blocked. The Sam LB has Force or Contain to the Closed side, and the strong safety (who you can't see here, is the force player to the Open side, and has to fill in the vacated Open A gap for cut backs should the ball go to the strong side and the Will LB scrape over.)

Those are the two most basic forms of run fits, we see some teams (Seattle & New England specifically) combining these two by having the closed side play 2-gap and the open side play 1-gap, but this gives us a pretty good understanding of how to fit the run, specifically the 1-gap assignments with the Sky (safety force) call we see often from the Cowboys.