On The Chalkboard: Creating Mismatches With Personnel, Motion, & Alignment

Let's take a look at a way Passing Game Coordinator, Scott Linehan can create mismatches for his best open field players in 2014.

Share All sharing options for: On The Chalkboard: Creating Mismatches With Personnel, Motion, & Alignment

As our fearless leader, Mr. Halprin pointed out, Scott Linehan plans on using his RB's in a lot of different ways, including lining them up as wide receivers. This is one way that Linehan can use personnel, formations, and motions to create mismatches, and get guys in space with the chance to make a play. Let's look at the chalkboard and talk through the stress this can put on a defense. 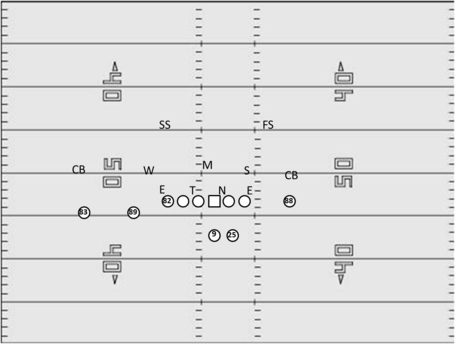 Pre-snap I have Dallas in 12 Personnel (1 RB, 2 TE, 2 WR) in a Doubles Slot formation which moves Gavin Escobar into the slot on the strong side of the formation. Dez Bryant is in a Nasty (Reduced) split inside of the numbers, and Lance Dunbar is aligned to Tony Romo's right. I have the defense in base 4-3 personnel in an Over front, as this is an option I'd likely use in early down situations, but it would work similarly vs Nickel or a 4-3 look. 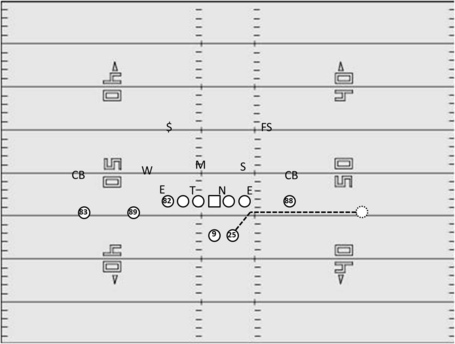 Now I'm motioning Dunbar out of the core of the formation to a position traditionally manned by a WR. This motion puts the Cowboys in an empty set, and forces the defense to show their hand from a coverage & pressure standpoint.

There are a few possible responses by the defense here, one that is common that we won't look at in detail is that the defense could have a built in automatic check to a Cover Zero blitz sending 6 rushers and leaving 5 in pure man to man coverage. 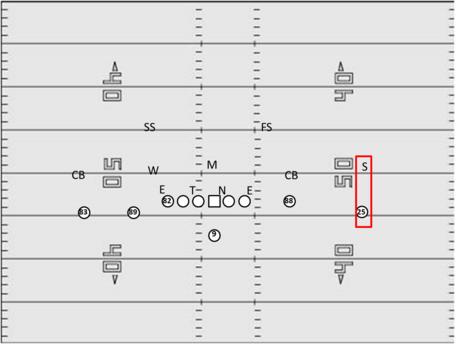 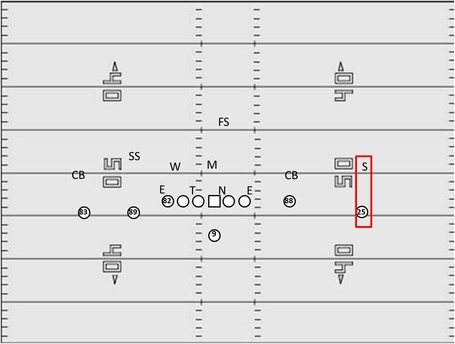 Here we've seen the defense counter this motion by having the Sam LB mirror Dunbar's out wide. This would tip Romo and the rest of his receivers that the defense is in man coverage either Man-Under  (2-Man) if its MOFO, or Man-Free (Cover 1) if its MOFC. An alternative would be to run the FS out, and roll the coverage the other way, putting the SS in the deep middle if it's Cover 1.

The mismatch in this situation is Dunbar against the LB or Safety in space. 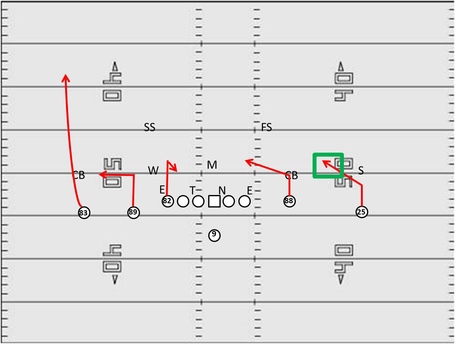 In order to take advantage of this mismatch, I have the Cowboys running the Stick/Double Slants combination, with the 3 man "Stick" combination to the Closed side, and the double slants by Bryant and Dunbar to the open side. The stick combination is traditionally a zone beater, as I generally like to pair a zone beater to one side and a man beater to the other in case my QB's picture changes post snap.

With the likely slower Sam LB out on an island with Dunbar, I like his chances of using his speed and quickness to cross his mans face and come open for Romo. Against either Cover 1 or 2-Man, with Dez in the slot, he is likely to get a lot of attention, and draw a deep safety or a robber across the field with him on his slant route, which would free Dunbar to turn on the speed and get big time yards after the catch.This could also be achieved with a drag or shallow crossing route by #88 creating the "Follow" concept which happens to have been a staple of this Cowboys offense in the past.

Now let's shift gears and look at another possible reaction by the Defense. 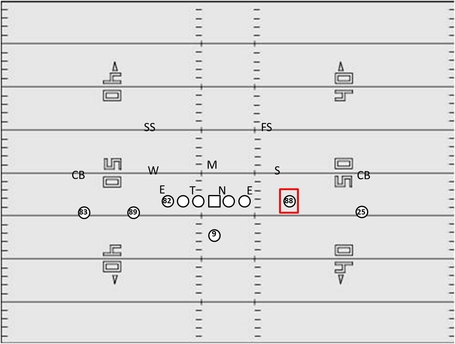 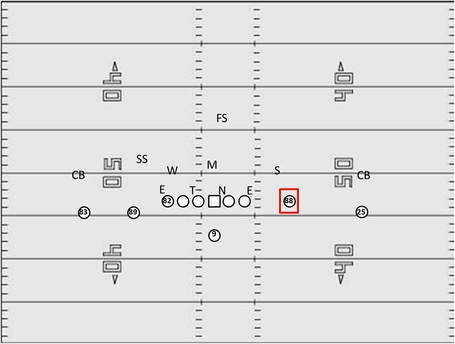 Here we see that the defense has responded by bumping the CB out to cover Dunbar after his motion, and sliding the Sam LB out over Dez. This would signal Romo that the defense is in a zone call. I've shown it above with MOFO and MOFC, but either way the opportunity now shines on #88 as he will wind up matched up with the LB or Safety in the middle of the field.

Let's look at my call. 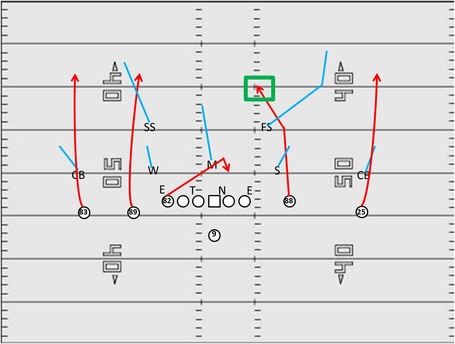 I'm calling 4 verticals here, with the defense is in Cover 2, as above, Dez will run the "bender" which converts his vertical seam route to a post against a MOFO look. Because their are three receiving threats to the closed side, the Mike LB will actually turn and run with the seam route run by Escobar leaving Dez running a post no one but the safety in the neighborhood, and that safety will have needed to get wide quick in order to get on top of the 9 route by Dunbar to the outside. This puts Dez's size and hands running inside with an inside throw against a safety  with outside leverage. That has explosive play written all over it. 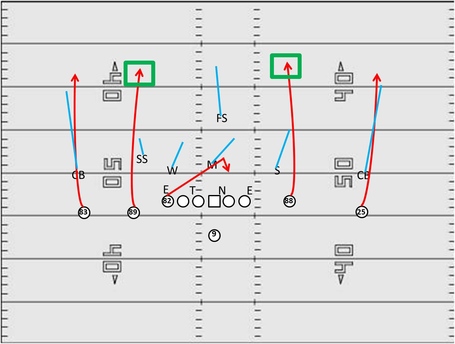 The call is the same if the defense keeps the middle closed and plays cover 3, but this time Dez runs the seam route, giving Tony the opportunity to move the FS to one side with his eyes & shoulders, before turning and making the throw. I also have Witten running a spot route in the short middle of this look in order to try to pull the underneath defenders down and keep them from sinking back under the verticals, this also gives Romo a release valve in the case that they do close the windows on the seams.

One additional possibility especially against a team like San Francisco is that they will bump the CB and LB out, keeping the MOFO, but backing the CBs off to play Cover 4. With only 3 underneath defenders in Cover 4, I would run the Stick/Dbl Slants Combo from above, using the depth of the CBs as my key, and taking advantage of the space underneath. I have Escobar's out route highlighted, but this is really a situation where Romo can see the reaction of the LBs and throw to Escobar, Witten, or Bryant based on where the LBs go. 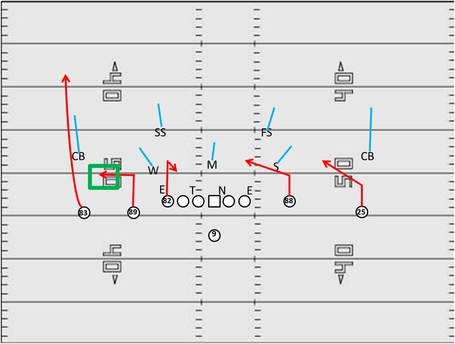