Information on the Dallas Cowboys 2015 Week 7 game against the New York Giants, including the game time, TV channel, how to stream the Cowboys-Giants game online, injuries, radio, odds, announcers, predictions, picks, and more!

The Dallas Cowboys travel to New Jersey to take on the New York Giants in a late afternoon game this Sunday. The Cowboys are coming off a bye week making it seem like a long time since they last played. The bye week came at a good time for the Cowboys as the team has used it to retool their offense, and welcome back some key players.

Two players will not be back, and that is Tony Romo and Dez Bryant. There was some hope that Bryant might be able to play this week, but that was dashed during the past week when he was unable to practice with the team. Next week is looking like a possible target for his return.

What the Cowboys have done is moved Matt Cassel into the quarterback position, benching Brandon Weeden. The hope is that the more experienced Cassel, a guy who has won games in this league on a regular basis, will spark an offense that has gotten progressively worse. Dallas also switched their left guard, placing rookie La'el Collins in the line up for Ron Leary. Running back Christine Michael is also expected to get more carries in the rotation.

On defense, Greg Hardy showed what he could do on the field against the Patriots a couple of weeks ago, and Dallas will also get rookie Randy Gregory back from a high ankle sprain. The addition of those two to the defensive line has raised hopes that the Cowboys will be able to get after Eli Manning.

The Cowboys are desperate to win and to get the ship turned around in the right direction. If they want to stay in the NFC East playoff race, beating the Giants on Sunday would be a great place to start. 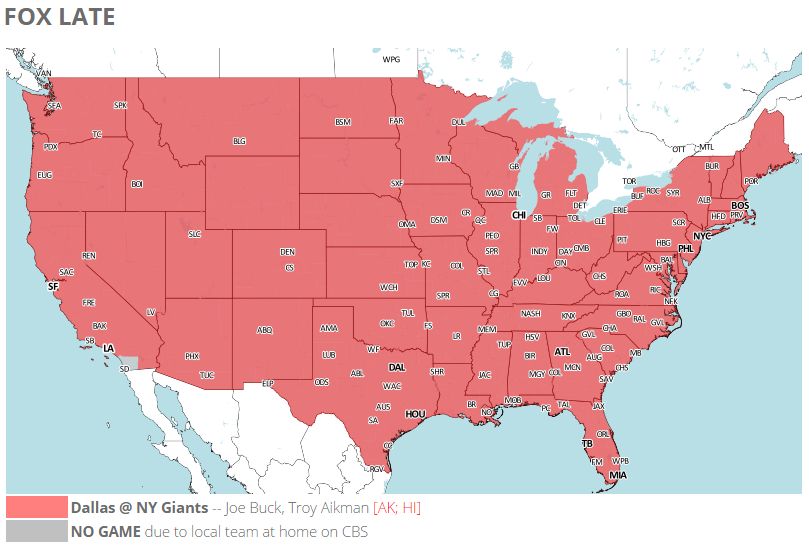