Dallas Cowboys News & Notes: How The Stars Aligned For Randy Gregory To Become A Cowboy

Latest Cowboys headlines: Cowboys are getting ‘Awesome Sauce’ from Greg Hardy; Cowboys favored in NFC East; How other teams are rationalizing away missing out on La'el Collins.

Share All sharing options for: Dallas Cowboys News & Notes: How The Stars Aligned For Randy Gregory To Become A Cowboy

Weird things that make one think signing with Cowboys was in the stars for Randy Gregory | David Moore, Dallas Morning News
How the stars aligned for Randy Gregory to become a Cowboy (or confirmation bias at its best): Gregory once lived at 12121 Cowboys court; At the draft, Gregory's father met family members of only two other prospects: Byron Jones and La'el Collins; On the second day of the draft, Gregory was dressed in a silver and gray suit with a blue tie; Ryan Russell hosted Gregory on a visit to Purdue.

"He comes to work," owner Jerry Jones said. "He’s ready to go at all hours. I’m excited about his zest. It’s contagious. …He helps everybody work harder and that’s what you want from a player from a leadership standpoint. He’s a leader."

"He’s an animal," teammate Brandon Carr told reporters. "I love him. He gives it his all every single day. That’s all you can ask for."

Machota: Two Cowboys most likely to make their first Pro Bowl | Dallas Morning News
Very odd that Machota doesn't include Sean Lee in response to a question about which Cowboys could be first-time Pro Bowlers.

Tyrone Crawford and La'el Collins. Crawford plays such a key role up front that if the defense improves like it should, he'll be in the conversation. I picked Collins because he immediately steps into a great situation. He'll battle Ron Leary for the left guard spot. I think he eventually wins that job and is rock solid lining up between a Pro Bowl center and left tackle.

So Randy Gregory … why was ‘Savage Life’ your nickname at Nebraska? | David Moore, Dallas Morning News
Apparently, it had to do with his hair.

It all stems from Randy’s first visit to a Lincoln barbershop. His hair looked so bad, he vowed, "You ain’t touching it again.’’ He never got it cut again in Lincoln.

He did get it cut after he declared for the draft, in part, because it made it difficult to train.

"You can’t say that [Savage Life] about me anymore,’’ Randy says. "Maybe my play can.’’

10 things to know about Tyrone Crawford | Dallas Morning News
I wonder if this is the start of a series. 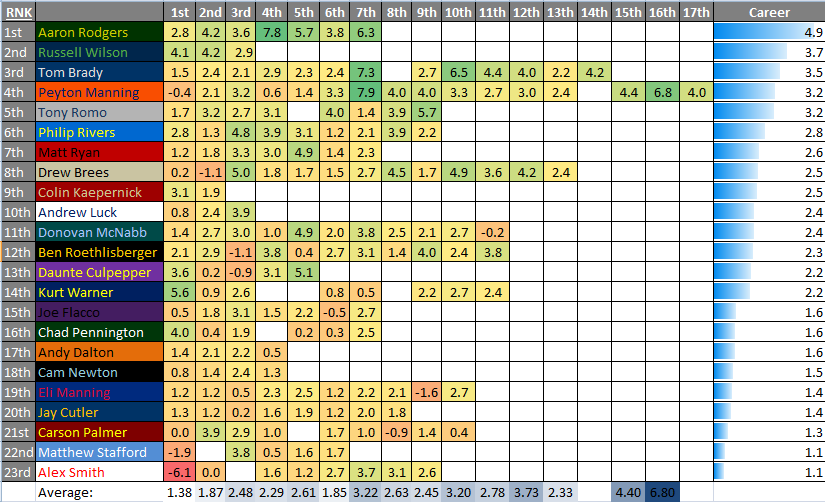 Cowlishaw: Cowboys, Eagles, Giants? Only one sure thing about the NFC East | Dallas Morning News
Tim Cowlishaw hosted a chat Thursday, where among other things he talked about how he would rank the NFC East.

For right now, I would go Dallas-New York-Philadelphia-Washington. The only sure thing is Washington looks like it owns the cellar. I don't see how that changes. I move the Giants past the Eagles because it just seems the Giants can bounce back from the injuries they had a year ago, they get a full year of Beckham, they will put together a better offensive line and maybe Coughlin and Eli have one last run in them.

The Eagles to me are an unknown. What do they get from Sam Bradford? Is Jordan Matthews their No. 1 wide receiver? Does their line do for Murray what the Cowboys line did? I think the Eagles will be good but I can see the Giants slipping past them.

I rank Dallas No. 1 while realizing recent history says winners of the East do not repeat. So we'll have to find out why that is.

But one passage in there shed light on why the Redskins wouldn't have been a destination for Collins, even if they had wanted him. One of his agents, Mike McCartney, said they wanted him to go to a place "that had stability at QB, coach, offensive line coach. Not for one year, but the next few years. We wanted a QB that spits the ball out quickly, because we all see QBs who hold onto the ball, take sacks, and then you go blame the young blocker."

That's why, one source close to the situation said the Redskins "fit none of the criteria."

Why the Giants, Jets and Eagles never had a chance at La'el Collins after the draft | NJ.com
While the Redskins writer above at least faces up to the reality of his team's situation, this writer takes the easy out - and blames the weather.

The Giants, Jets and Eagles were eliminated from contention simply because of geography. They all reside in the northeast ... where it is cold. It snows in the winter. It's bitter cold and windy. Given the choice, Collins (a Louisiana native) didn't want any of that.

If the Broncos were to trade up to the 20th overall pick they probably would have at least given up their 3rd round pick in 2015, and multiple late round picks in 2015 and 2016.