The Dallas Cowboys have decided to go with someone they know at fullback, signing last year's starter, Tyler Clutts, to a one-year deal. Clutts helped the Cowboys offensive line open holes for DeMarco Murray in 2014, but this year it will be a new set of running backs who will follow Clutts into the line. In addition to his duties on offense, Clutts played a role on the special teams unit.

With the release, Jed Collins no longer counts as a compensatory free agent, which could potentially bring the Cowboys compensatory picks in 2016 back up to four, as the table below shows. 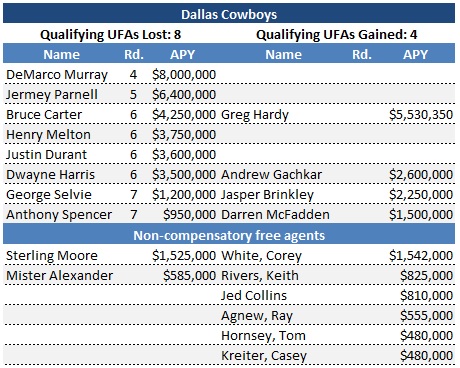