Information on the Dallas Cowboys 2015 Week 3 game against the Atlanta Falcons, including the game time, TV channel, how to stream the Cowboys-Falcons game online, injuries, radio, odds, announcers, predictions, picks, and more!

The Dallas Cowboys host the Atlanta Falcons on Sunday in a battle of two unbeaten teams. Coincidentally, both teams have beaten the same two teams on the season, the Giants and the Eagles. While Dallas being 2-0 is not totally surprising, the upstart Falcons at 2-0 is a little bit more of a shocker. The team has a new coach, and a roster that struggled last year in a weak division. It was supposed to take some time until they were rebuilt but Dan Quinn has them coming out of the gate quickly.

The Cowboys are hampered by injury, especially the Tony Romo and Dez Bryant injuries. This will be the first big test for Dallas and Brandon Weeden to see if they can keep things afloat while the team waits on the return of its injured superstars. Weeden is the Cowboys first option at quarterback and has a chance to redeem his reputation somewhat if he can string together some decent games for Dallas. With the way the Cowboys defense has been playing, if Weeden can be efficient and not turn the ball over, Dallas will have a chance.

The Falcons resurgence has been mostly on the arm of Matt Ryan and the hands of Julio Jones. Together, those two have made big plays that have fueled the Falcons offense. The Cowboys secondary and pass rush must contain that duo. If that happens, the Falcons run game may not be up to the challenge especially since they are missing Tevin Coleman.

It will be an interesting game to see just how the Cowboys will play without Tony Romo and Dez Bryant. If they can get a win, it will be a huge boost towards holding the fort until the reinforcements arrive. 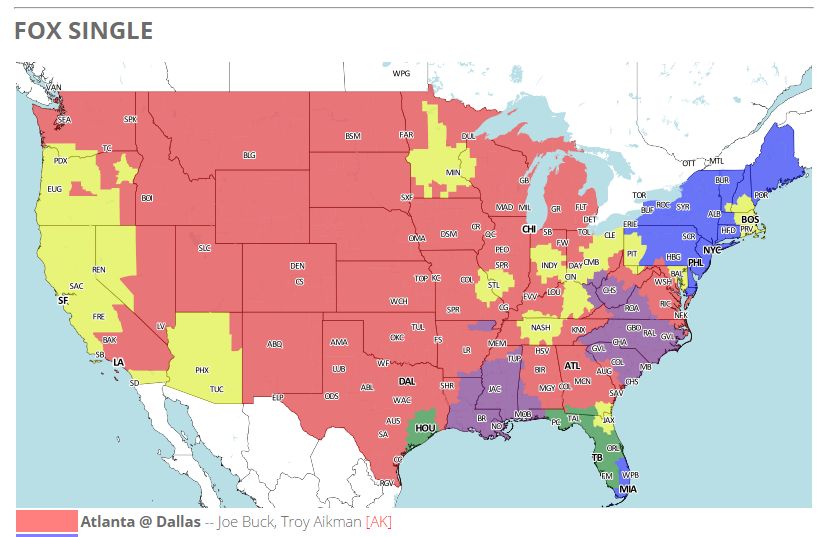