Information on the Dallas Cowboys 2016 Week 6 game against Green Bay, including the game time, TV channel, how to stream the Cowboys-Packers game online, injuries, radio, odds, announcers, predictions, and more! 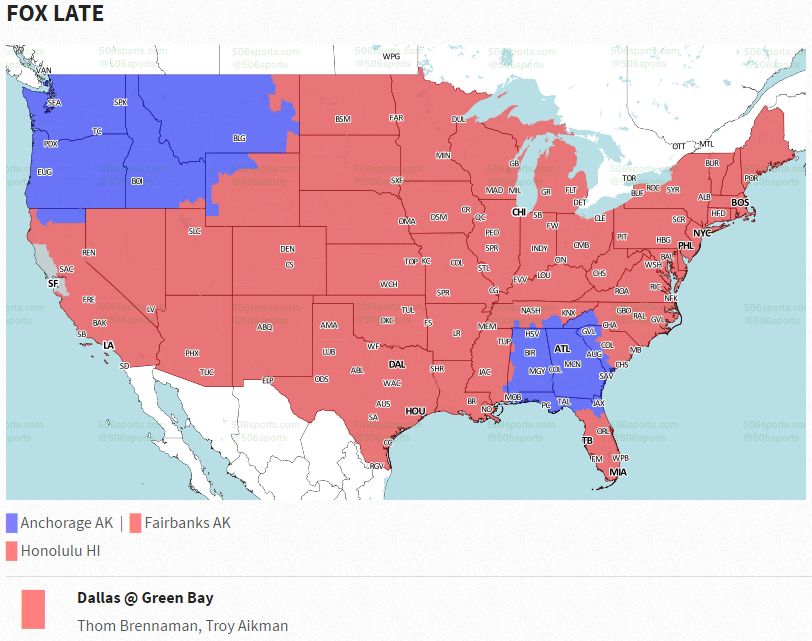 The Dallas Cowboys continue to defy expectations in the 2016 NFL season. Last week’s win over the Cincinnati Bengals, considered an upset by many, moved the team to 4-1 on the season. This week, the Cowboys get a trip up north to face the 3-1 Green Bay Packers.

Dallas is being led on offense by two rookies, Dak Prescott and Ezekiel Elliott. The dynamic duo create a nice balance between the pass and the run for the Cowboys, and that keeps the opposition off balance as they can’t focus on just one aspect of the Dallas offense. None of it would matter, though, if the Cowboys didn’t have their excellent offensive line. Everybody wants to know if the Cowboys league-leading rushing game can continue its success against the Packers number one rushing defense.

On defense, the Cowboys continue to play a bend-don’t-break style that is serving them well. They are eighth in the league in points allowed with only 18.2 a game. The secondary has been a big part of that as they have played better than expected. With the return of DeMarcus Lawrence in full capacity the Cowboys hope their pass rush will also defy expectations.

The Cowboys will likely be without Dez Bryant again, but the real mystery is will Tyron Smith play or not. If he can’t go, the Cowboys will have to shuffle their line, something they don’t want to do against the Packers run defense.