Information on the Dallas Cowboys 2016 Week 5 game against Cincinnati, including the game time, TV channel, how to stream the Cowboys-Bengals game online, injuries, radio, odds, announcers, predictions, and more! 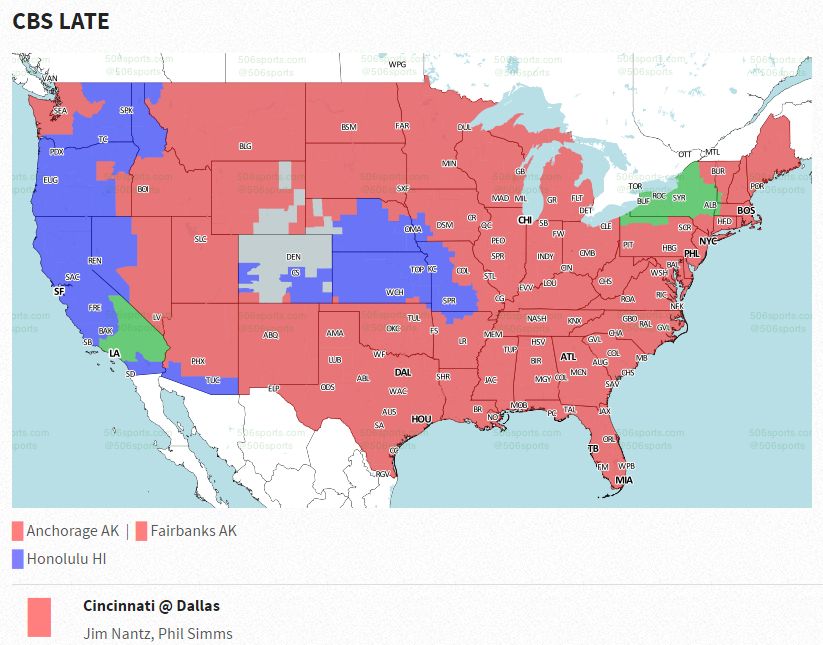 The Dallas Cowboys sit at 3-1 at the quarter-mark of the 2016 season. When Tony Romo went down with a fracture to a vertebra in his back, not many people had confidence the Cowboys could go 3-1. But as Dak Prescott played more and more in the preseason, then into the early part of the season, there was a belief that Dallas would be okay. The fourth-round rookie has been everything the fans and the organization could have hoped for, and more.

He hasn’t done it alone, Ezekiel Elliott is rounding into form and looking like a stud running back. The Cowboys offensive line , even though it’s been hit with injuries, is doing the job as the Cowboys running game ranks second in the league. Even an injury to Dez Byrant didn’t sink the team.

This week, though, the competition picks up a bit. Dallas has definitely benefited from a soft schedule, on Sunday the Bengals come to town. They are a team that makes the playoffs just about every year and who are a solid, all-around football team, with a superstar in wide receiver A.J. Green and a very stingy, physical defense.

This will be another great test for Dak Prescott. Last week he won on the road, without Dez, and had to orchestrate a comeback to do it. That was a good test, although the 49ers are a bad team. This week, he gets a truly good football team, can he overcome once again?