Information on the Dallas Cowboys 2016 Week 10 game against Pittsburgh, including the game time, TV channel, how to stream the Cowboys-Steelers game online, injuries, radio, odds, announcers, predictions, and more! 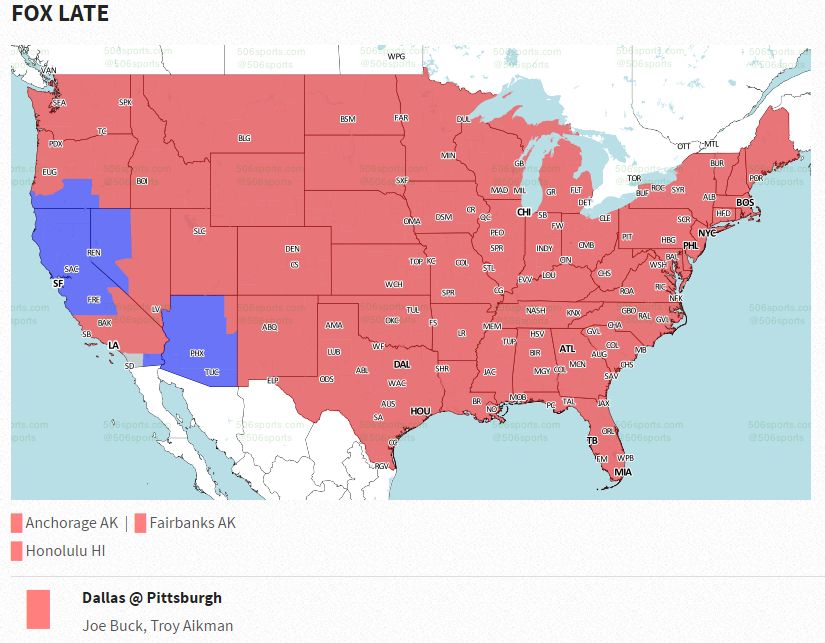 Can the Dallas Cowboys keep the momentum going and win their seventh straight game? They are the hottest team in the NFL right now but they face a stern test in Pittsburgh against a Steelers' team that is desperate for a win.

The big news this week is that Tony Romo is back practicing with the team without limitations. He's been listed as a full participant in practice for two straight days. He's still mostly been doing work with the scout team and it's likely he'll be inactive again this week.

There is no doubt that the starter will be Dak Prescott, who is coming off a very impressive showing where he efficiently sliced up the Cleveland Browns defense. Prescott shows no signs of slowing down and the team feels very confident when he's playing. This will be a nice milestone for him if he can go on the road and beat a traditionally good team (although they are struggling a bit right now), much as he did against Green Bay.

Prescott will have his full array of weapons on offense, including stud running back Ezekiel Elliott and star receiver Dez Bryant. The one issue the Cowboys could have on offense is with Ron Leary, who is still recovering from a concussion. The Pittsburgh defense isn't as feared this season as they have been in the past, they are struggling to create pressure on the quarterback with only 11 sacks on the season.

The Cowboys defense will have to compensate for the loss of Morris Claiborne and Barry Church for the second week in a row. They did well against Cleveland, but Pittsburgh has many more weapons and a quarterback in Ben Roethlisberger who knows how to use them. Roethlisberger is recovering from minor knee surgery and had a sub-par outing last week against the Ravens.

The Cowboys are flying high right now, a win in Pittsburgh would further solidify them as the NFC powerhouse and a Super Bowl contender.

Enemy blog: Behind The Steel Curtain