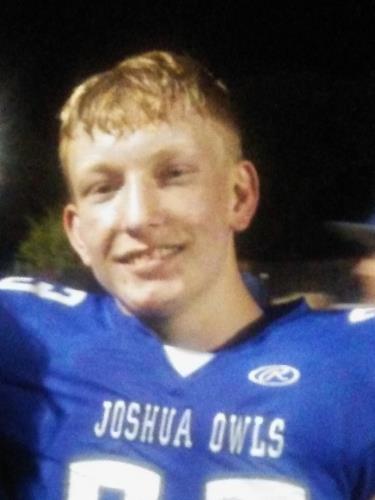 In the past few years, we have heard much about the how concussions affect players later in life. The words dementia and amyotrophic lateral sclerosis (ALS) have been bandied around. The NFL has done much to minimize and even dispute what would seem to me is an unalienable truth. Football is a dangerous sport, and I would think the NFL would lead the way in finding a way to minimize these risks. Instead I think they do their best to minimize their liability instead. Our beloved football athletes are much like the gladiators of our past. Fully armored and weaponized with helmet as dangerous as any mace or flail. We love the way it feels when we see a stud safety lay the wood against our foes. Unfortunately, there are many more ways that football is deadly especially to our children.

Even lately, many retired professionals have exclaimed they will not let their children play football. This is quite the indictment for men that played with a love that no one can deny. Men like Jermichael Finley, Mike Ditka, Drew Brees and even our beloved Troy Aikmen. These men that helped define the sport we love today. Troy Aikman, "I think that we're at a real crossroads, as it relates to the grassroots of our sport, because if I had a 10-year-old boy, I don't know that I'd be real inclined to encourage him to go play football, in light of what we are learning from head injury." Even, Adrian Peterson weighed in with TMZ and said he wouldn't let his son play football, although he did not explain why.

Right now, we have one of the best Quarterbacks in Tony Romero Romo getting ready to don his armor again in hopes of joining the team in time for a super bowl run. Romo's back broken twice his shoulder three times, but his heart still intact with a steely resolve nothing can stop this man short of a wheelchair. Whether he lets his child play football remains to be seen. This however, is a grown man and he is aware of the challenges to his health that football requires.

Unfortunately, our children have no idea what dangers they might face. According to the American Journal of Sports Medicine, there were 243 fatalities between 1990 and 2010. This is hardly a huge statistic, only 12 deaths per year. It is, however, a huge burden and tragedy to each family and community involved. Indirect causes double the amount of direct trauma. Usually things like heat related, and cardiac related are the culprit. Only 1 in 3 deaths are related to blunt force trauma. According to the American Association of Pediatrics, Young athletes pose a unique challenge, because their brains are still developing and may be more susceptible to the effects of a concussion. It hasn't been too long since a player was allowed to return to play within minutes of having his bell rung. Fortunately, today we are more aware and players are required to commit to concussion protocol.

Anyways, here the story I would like to tell you. I have been a fan of football since my dad would come home from being in the field. We would lie on the couch together and watch the Cowboys. It would shortly become one of my greatest loves. Growing up a cowboys fan in the 70s gave me the idea that the Cowboys were unbeatable. I can remember getting in trouble and having to watch the Cowboys vs. Steeler Super Bowl in my bedroom since I was in trouble for God knows what. I was quite the little trouble maker. To this day I have hate the Steelers for beating us that year. Today, we can only hope that with Dak and Zeke we can reach the Super Bowl again soon. Anyways, to say that football was a big part of is quite the understatement. Many times it has brought my family together especially on Thanksgiving.

Today, I would like to share a story of a tragedy, and a hero. I have five daughters, 3 in middle and high school. I have done my best to share my love of football with my daughters. This is a story of a young man, in the beginning of his life. A life that was cut short. Aaron Singleton, was a friend to my girls and whoever he met, he wasn't cocky and full of himself. One of my daughters, my 13 year old, has a boyfriend (oh the joys of fatherhood) who was on concussion protocol the same week. Aaron knew he would never be a pro, and even had to beg his mother Cassondra Singleton to continue to play last summer. He had however decided that he wanted to be a physical therapist involved in sports medicine. He played football, baseball, was in band, a Boy Scout and so much more. Once, I found out he was a French horn players like myself, I felt an even bigger affinity for this kid. One of the many children that has the world ahead of him, and could do pretty much anything he set his mind to.

On November 3 of 2016 Aaron, was playing Junior Varsity football, for Joshua Highschool they were playing Cleburne Highschool. I must say Cleburne's kids are huge compared to our kids. Anyways, after one play where he had hit his facemask on the ground he walked to the sideline. The hit didn't seem like much. Unfortunately, that was not the case, after walking off the field he complained to the trainers that he had a terrible headache. Soon after he started having a seizure and 911 was immediately called. The families horror was only about to begin. He was admitted to Cooks Children's hospital soon after. Apparently, the fall had either caused a clot in his spinal column by his brain stem or had loosened an earlier one. Needless to say, soon after he was declared braindead.

At this point his family, Sgt. Ronald and Cassondra Singleton, decided that he would be left on life support long enough for his organs to be available for others. His life continues on in eight different people. His heart was given to a 61 year old male in Houston, his lungs to a 60 year old woman in Dallas, his liver and one kidney to a woman in 61 year old woman in Dallas, his other kidney and pancreas to a 32 year old male in Dallas, his eyes to someone in Tarrant county, and unfortunately I cannot tell the last on the list since the picture was cut off. Last but not least, his brain was donated to help with new studies for concussions on children in sports. On November 5, 2016 he was taken off life support and by 3:00 he was declared dead.

Aaron is a real football hero and his sacrifice has helped so many, and touched so many in this little town of Joshua Texas. My oldest daughter was 2 years ahead of him but had shared some classes with him a couple of years ago, she describes him as funny, and would always try and cheer someone up with a joke and a laugh. She even said he was cute, go figure a teenager that thinks a football player is cute. He will be sorely missed by many who knew him, and especially his family. 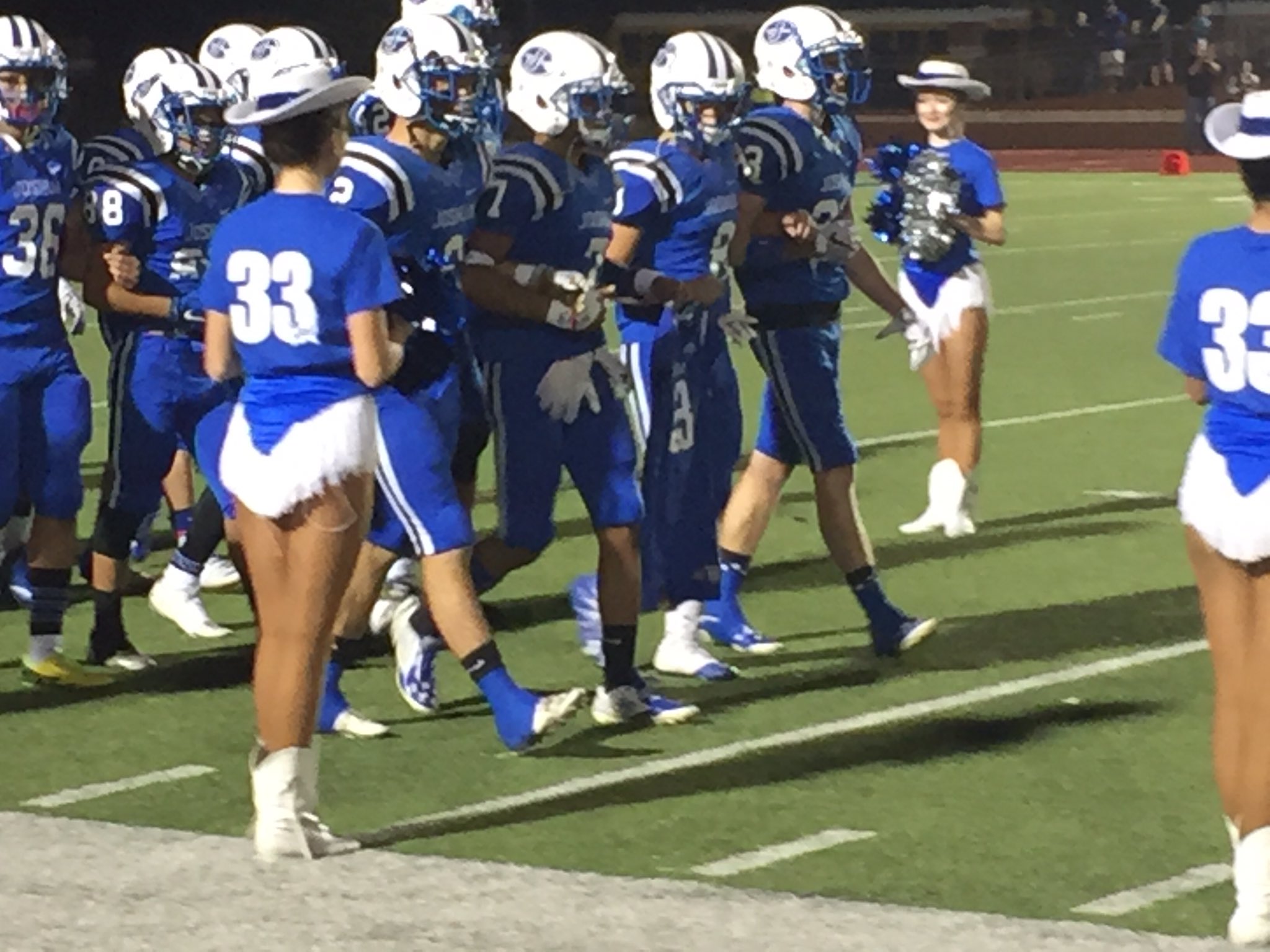 Two teams (Cleburne and Joshua) come together for a fallen brother all in blue! 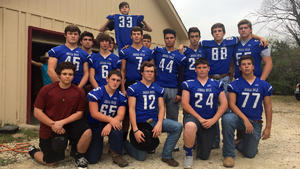 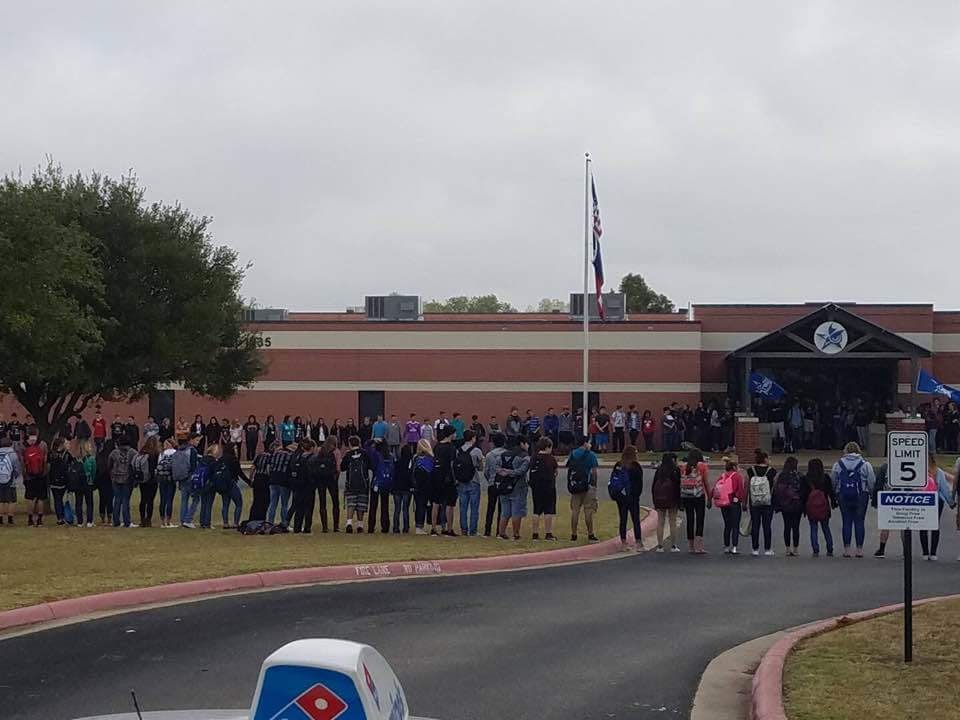 Joshua, Texas mourning the loss of a Hero

I know most of you do not know me, I am more of a lurker, than a poster although you will find me around championing football players with bipolar disorder when they are called stupid and idiotic for choosing to medicate with weed instead of legal painkillers, and my fear of Tony Romo ending up in a wheel chair. Today I ask you, BTB nation and Cowboys lovers to help this family in their time of need. Someone has set up a go fund me account to help pay the hospital, for the bills they ran up keeping this young hero alive long enough to donate his organs to people in need. Life support is expensive and so far they have approximately 30 of the 50 thousand dollars that they have asked for. I beg of you to help if you can even 5 or 10 dollars is better than nothing.

I want to thank you all in advance for all of your support and well wishes. We can't bring Aaron back, but together, we can make a small difference for this selfless family and their hero of a son. Aaron will forever be one of my heroes. 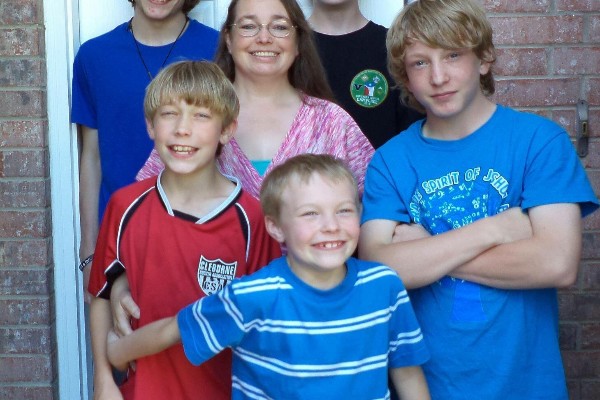