Information on the Dallas Cowboys 2016 Week 11 game against Baltimore, including the game time, TV channel, how to stream the Cowboys-Ravens game online, injuries, radio, odds, announcers, predictions, and more! 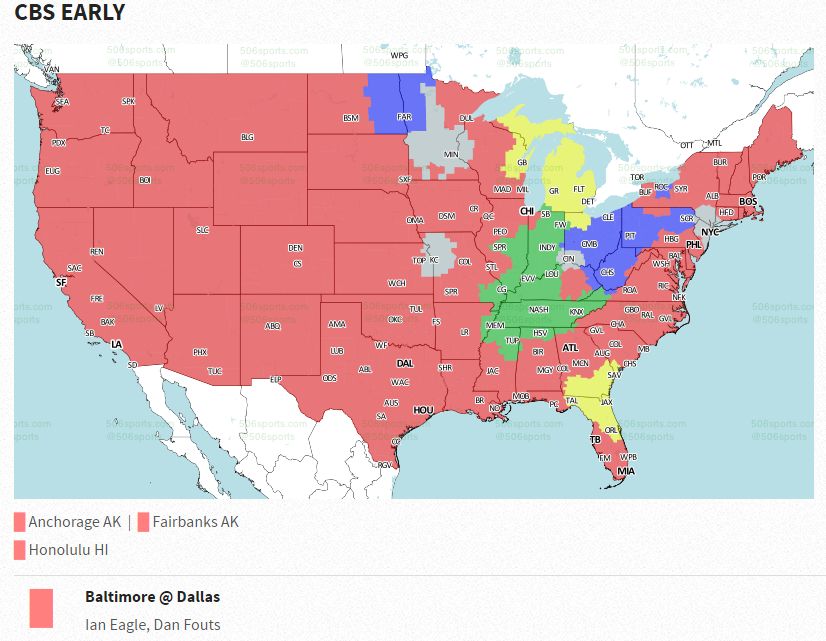 An irresistible force versus and immovable object. That's what you will have on Sunday when the Dallas Cowboys and their high-powered offense meets the Baltimore Ravens and their brutal defense. Which side can impose their will on the other? That is the question of the game.

The Cowboys had a little bit of an unusual week as they finally named Dak Prescott the official starting quarterback. That prompted a press conference from Tony Romo where he graciously acknowledged that Dak had earned the right to be the Cowboys starter. So the two rookies, Dak and Ezekiel Elliott, will do their best to put points up on the NFL's best rushing defense.

The Cowboys defense will still be down two starters, Morris Claiborne and Barry Church. The rest of the unit will try to keep a Ravens offense in check that has been struggling this year.

Can the Cowboys climb to 9-1 and keep their status as the best team in the NFL? That's what we'll be watching for on Sunday.