There is nothing fluky about the 2016 Cowboys as they beat one top-ranked defense after another.

Share All sharing options for: Over Last Six Weeks, Cowboys Have Beaten Four Of The Eight Best NFL Defenses

Heading into last night's game against the Vikings, Sam Farmer of the Los Angeles Times called the game "Dak Prescott’s best test", Bob Sturm of the Dallas Morning News called it "a great test for the young Cowboys against a Vikings defense that is very impressive", and Patrik Walker, writing for CBS Sports, called it "another stern test for the Cowboys" - thus continuing a narrative that suggests the 11-1 Cowboys haven't really proven anything yet and therefore need to prove they are for real in one test after another.

We'll, I'm done with the idea that every single team the Cowboys face is somehow the Cowboys' greatest, newest, sternest, latest, toughest, or whatever test. The Cowboys are the test for all those teams, not vice versa.

One of the most ridiculous notions this whole test idea has brought forth is encapsulated in a piece by a site called endzonescore.com. Here's what they wrote on Wednesday.

During their run, the Cowboys haven’t really faced any of the league’s premier defenses.

I guess that logic works if you define the league's premier defenses as defenses the Cowboys haven't beaten yet, but it doesn't stand up to any type of scrutiny.

According to the Aikman Efficiency Ratings, the Cowboys have now beaten four of the eight best NFL defenses over the last six games, and three of the best four. 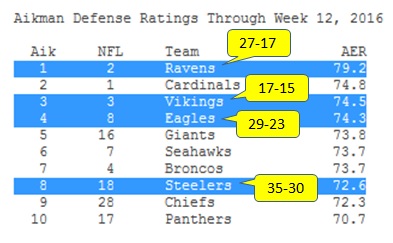 And it's not just the Aikman Ratings that show the Cowboys have beaten some of the best defenses in the league. Football Outsiders' defensive efficiency ratings come to a similar conclusion. 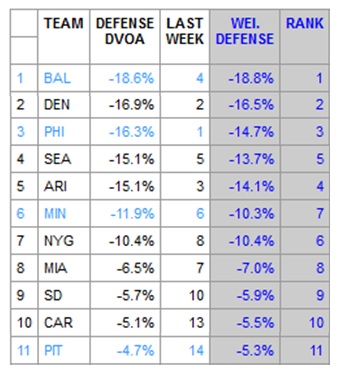 You're not a big fan of advanced stats? No problem. Here's NFL.com ranking defenses by points allowed: 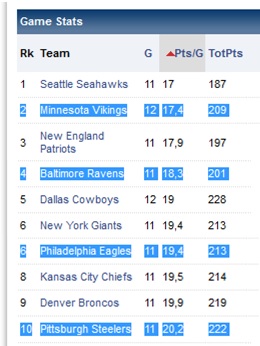 Any way you look at it, the Cowboys have beaten some of the best defenses in the league. For the last 11 games, they have beaten every defense the NFL served up on the 2016 schedule. So they haven't beaten the Seahawks, Broncos, or Cardinals yet? That may happen soon enough, but for now the Cowboys can only play the teams on their schedule.

Next week, the Cowboys get the opportunity to add one more top ten defense to their list when they take on the Giants in New Jersey.

That's going to be a pretty big test - for the Giants.