Sometimes I think I've just deleted the 2015 Cowboys season from my memory banks. It was that bad. But a couple of articles today take us on trips down memory lane. For starters, NFL.com has a video counting down the Top 10 plays from the Cowboys 2015 season. How they chose their top play is baffling.

Top 10 plays from the 2015 Cowboys season: Which play tops them all? - Staff, Sportsday

That was a good play, Cassel spun out of a sack and threw a Hail Mary to the endzone that Bryant came up with. But the Cowboys still lost the game. Their number two pick was more like it.

That was about the last time in the 2015 season that any Cowboys fan really felt good. Bryant broke his foot in that game, Romo went down in the next game and the season bottomed out from there.

You can review all the Cowboys Top 10 plays here.

Six Veteran Players The Cowboys Could Unexpectedly Cut This Year News: Why Cowboys Can Start The Season 5-0

Another jolt from last season was that I kind of forgot how effective the fly sweep with Lucky Whitehead was for Dallas last year.

Whitehead was most effective on offense running the fly sweep, a play in which he's in motion before the snap and immediately takes a handoff from the quarterback and runs around left or right end. The new wrinkle in the Cowboys' offense was a big hit. Whitehead had 10 carries for 107 yards and also finished the season with six catches for 16 yards.

That's almost an 11-yard per attempt average. The Cowboys should probably be looking at more ways to get him open out in space.

Ex-Cowboy Deion Sanders has some advice for Ezekiel Elliott.

"I just want that kid to stay focused," Sanders said in an interview with Sports Illustrated. "Just stay focused. Don't get caught up in the lights, camera, action of the Dallas Cowboys, because it could be overwhelming. Because any news is big news when you're a Dallas Cowboy.

"He has to really understand that he's a professional football player, he's not a college kid."

With Elliott's talents and the Cowboys offensive line, this is solid advice. The things that could prevent him from having a great rookie year, besides injury, are not being prepared or having off the field issues. Elliott has never had any problems like that before, but just a reminder to stay focused on the job at hand is solid.

Not only does just about every other Cowboys player have a football camp, but Kellen Moore does too.

Moore, a backup quarterback for the Dallas Cowboys, appreciated the help from his former teammate and others to make sure the camp ran smoothly.

"The people who came here to help took time out of their day and jobs," said Moore, who played college ball at Boise State. "I felt like we had a great group of coaches. Richland (High School) was awesome setting this up at their facility. We had plenty of room for the kids to spread out and run their drills. It went well and was a lot of fun. The second year always runs smoother."

When I saw a headline for an article about the top ten pass-catching units in the NFL for 2016, I wondered if the Cowboys made it. I doubted they would since once you get past Dez Bryant and Jason Witten, the depth is sketchy. Cole Beasley and Terrance Williams can do some damage but haven't consistently. So when the Cowboys didn't make it, I wasn't too surprised. But my eyebrows were raised a little by Washington making it, and coming in at number four.

It might be strange that Washington took Doctson with all the receiving pop it already had. But why wouldn't the team make sure to further support what's for now its big short-term investment in Kirk Cousins? Besides, Doctson can develop into a better all-around wideout than either Jackson and Garcon, sooner rather than later. Reed is really the top target here, and got paid like it. Crowder will build on the slot success he has a rookie. Featuring Jones full-time gives them much more big pass play potential out of the backfield.

Am I missing something or is that just a bad call?

One writer thinks there is an air of pessimism about the Cowboys in 2016. Funny, all this time I think we've been fairly optimistic.

One can say the optimism around this team is nowhere near what it was a year ago. Romo is 36-years old. Even though the Cowboys have done a fine job building the offense around him, most recently with the addition of running back Ezekiel Elliott, there remains an air of pessimism around the team. Not just due to their ugly finish a year ago, but how depleted their defense has become. All three of their top edge rushers won't be available at the start of the season. Greg Hardy is gone while Randy Gregory and Demarcus Lawrence will serve four-game suspensions.

If you want some comedy, read the analysis of Dak Prescott becoming a Cowboy from the Aussie News Network. It's packed with passages like these.

Solidly built with titan strength in his legs, Dak Prescott has been observed to rely on his legs to extend the play. He has also been noted to have a lot of potential and is still continuing to be a nifty passer.

He comes from Mississippi State University and brings with him a legendary school record in passing and rushing. His record is comparable to Tim Tebow's. With his leadership, he was able to successfully bring MSU to the state championships and even win against Alabama.

We'll close with the feel-good story of the day about a UPS driver who's a Cowboys fan.

Roger Flores, 46, who became a Cowboys fan at the age of eight when he found out he and Roger Staubach shared the same first name, is a longtime UPS driver who serves the San Antonio Heights (California) area. Apparently, he is so beloved - and goes above and beyond in making sure packages are delivered properly and safely - that the community took up a collection to send him to a Dallas Cowboys football game.

Everybody — and their dogs — along Flores’ UPS route know, love, trust and appreciate him. To express their gratitude for his consistent willingness to go the extra mile, residents responded quickly to Lori and Mark Ravelli’s request to raise money to send Flores to see the Dallas Cowboys, his favorite football team.

The dogs of course have an entirely different take on UPS. 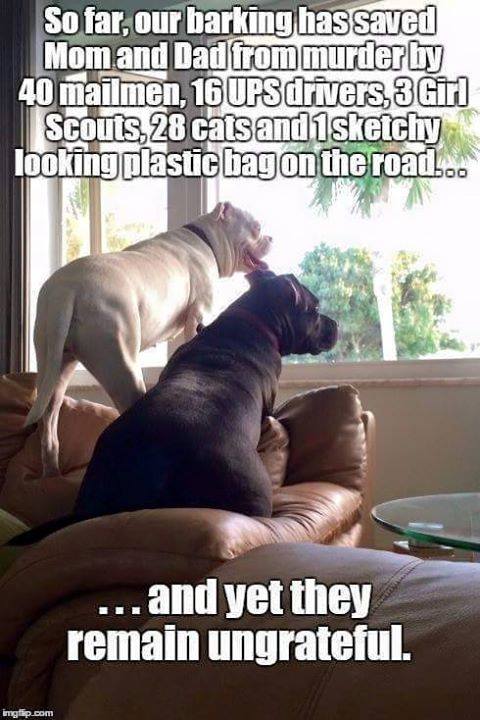