Information on the Dallas Cowboys 2016 Week 2 game against Washington, including the game time, TV channel, how to stream the Cowboys-Washington game online, injuries, radio, odds, announcers, predictions, and more! 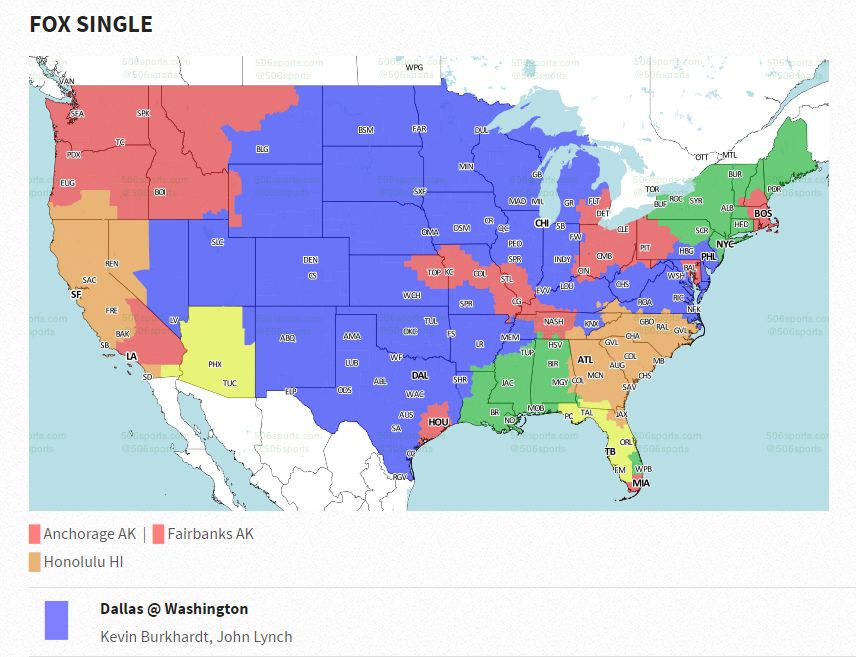 The Dallas Cowboys enter Week 2 of the NFL season in a little bit of desperation mode. You never want to start a season 0-2, and a loss to Washington would put them in that exact hole. Furthermore, they would be 0-2 in the NFC East, making a run at the division title and the playoffs that much harder. There is a lot on the line for Dallas as they head up to Landover, MD for the game on Sunday.

The number one thing the Cowboys need to do is get their running game back on track. Last week against the Giants they were unable to control the line of scrimmage and were forced to throw the ball 45 times, much more than they want. Dak Prescott did a fairly decent job at keeping them in contention, but dropped passes and a failure to convert touchdowns in the red zone led to defeat. Besides the run game, the Cowboys offense has to get Dez Bryant more involved. One catch for eight yards out of their star receiver is a recipe for defeat. That has to change this week.

Overall, the Cowboys defense did a decent job against the Giants. They only gave up 20 points, that's a number that should assure a win with the Cowboys offense expected to put points on the board. They did struggle closing out the game when they gave up a late touchdown and then couldn't stop the Giants running game to save time on the clock.  They also could use more pressure on the quarterback. Still, for a defense that was widely expected to be a big problem, they held up their end of the bargain.

Much is on the line this week for Dallas, let's hope they can pull it together.