Information on the Dallas Cowboys 2016 Week 4 game against San Francisco, including the game time, TV channel, how to stream the Cowboys-49ers game online, injuries, radio, odds, announcers, predictions, and more! 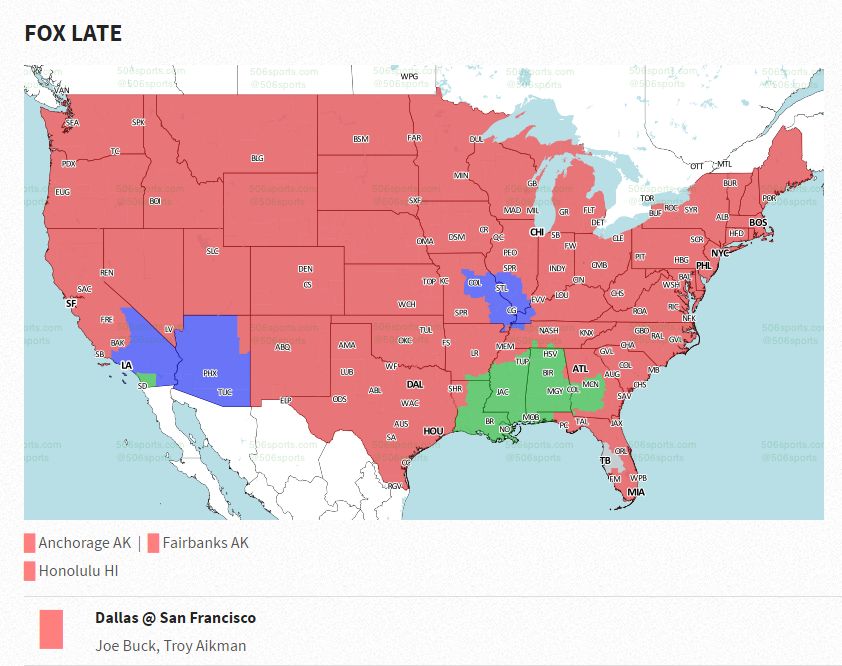 Week 4 of the NFL 2016 season sees the Dallas Cowboys hitting the road to take on the San Francisco 49ers. These are two teams headed in the opposite directions. The Cowboys dropped their first game of the season but have reeled off two straight wins since to reach a 2-1 record; the 49ers have done the exact opposite and are now sitting at 1-2 on the season.

Dallas is not without challenges heading into the game. It's almost certain they will be without star receiver Dez Bryant. His knee injury will likely keep him out of this game, and potentially more. The Cowboys find themselves in the same position they were in last year, without Tony Romo and without Dez. This year feels different, though, because of Dak Prescott. Also because of Ezekiel Elliott.

The Cowboys defense will be playing their last game without DeMarcus Lawrence, he's ready to come off suspension in Week 5. The Cowboys pass rush is still an issue as they continue to mix-and-match personnel along the line to find a combination that works. Still, even with that issue, they've done a respectable job on defense of limiting points for their opponents.

The 49ers are struggling on both sides of the ball and just don't seem to have enough talent on the roster. The Cowboys should get out of San Francisco with a win if they can limit mistakes and turnovers.