Information on the Dallas Cowboys 2016 Week 1 game against the New York Giants, including the game time, TV channel, how to stream the Cowboys-Giants game online, injuries, radio, odds, announcers, predictions, and more! 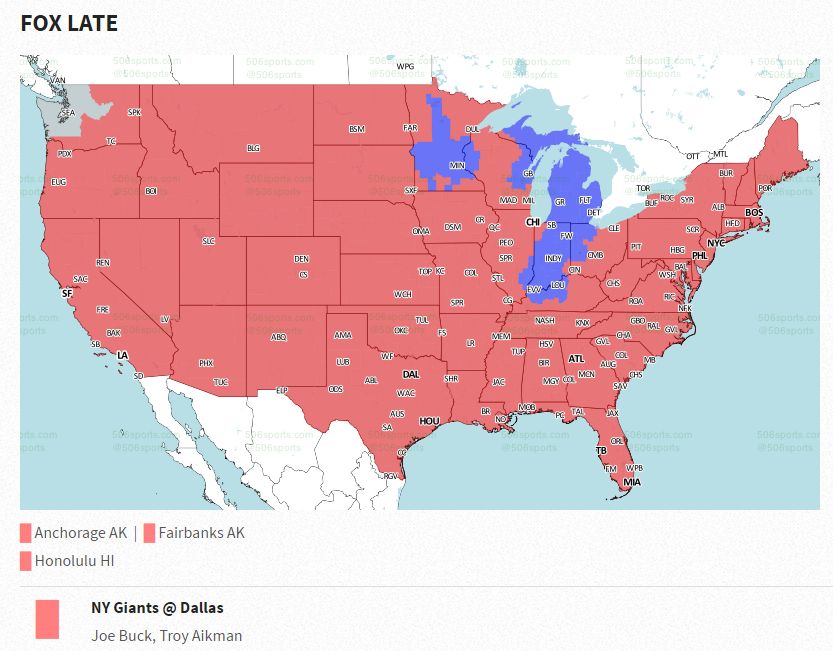 The Dallas Cowboys will open the 2016 season on Sunday by hosting the New York Giants. Four out of the last five years the Cowboys and the Giants have played on opening day, setting the tone early in the NFC East. The Cowboys overall are the most-successful franchise on opening day with a .673 winning percentage (37-18-1).

The Cowboys will start a rookie quarterback in Dak Prescott and a rookie running back in Ezekiel Elliott. Only three previous Cowboys quarterbacks have started the first game of their rookie season, Roger Staubach, Troy Aikman, and Quincy Carter. Two out of three ain't bad. Prescott was very impressive in the preseason, leading the league with a 137.8 rating while passing for five touchdowns, running for two others and throwing zero interceptions. With a terrific starting offensive line and with help at the skill positions from Elliott, Dez Bryant, and Jason Witten among others, Prescott should get plenty of support.

It's on defense where the Cowboys have plenty of questions. Playing without suspended starters DeMarcus Lawrence, Randy Gregory and Rolando McClain has left the organization scrambling for answers. They will have to turn to their marquee players on that side of the ball to sustain them, guys like Sean Lee, Orlando Scandrick, Tyrone Crawford and Byron Jones.

The Giants enter with a new head coach, Ben McAdoo, and a new defense that they bought in free agency. Last year's defense was among the worst in the NFL, something they hope to turn around quickly. The offense has issues along the offensive line, but they still looked decent last year.

It will definitely be an interesting game to watch.