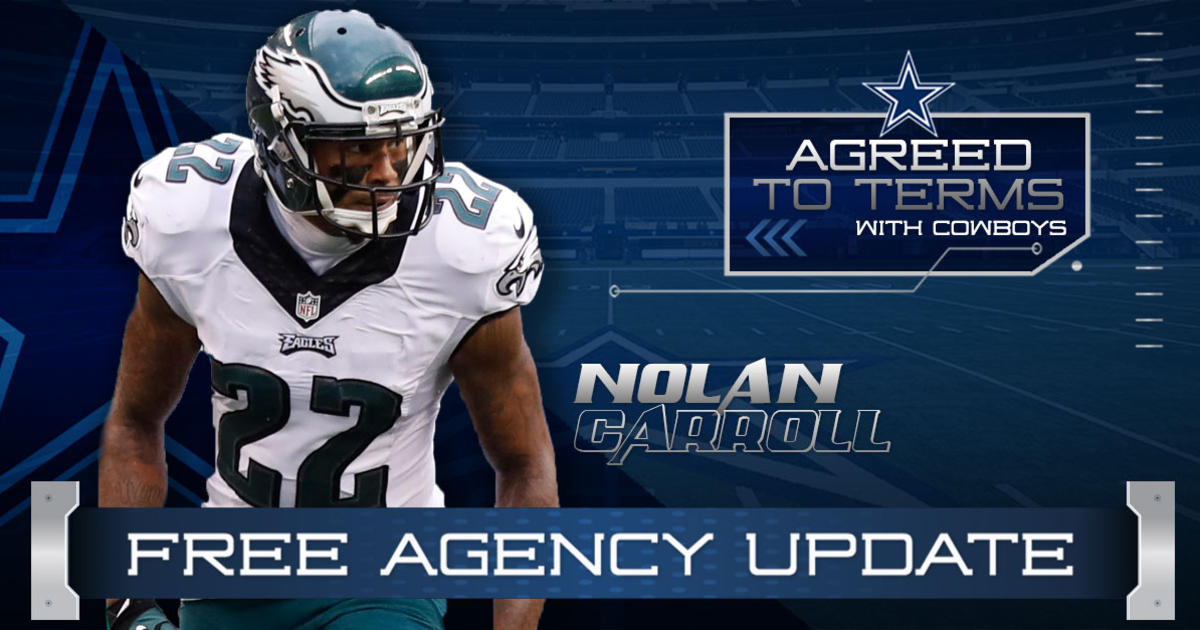 In this series I will spotlight a few under the radar or long shot players on the roster. Be it to make the team, start or contribute.

Carroll apparently felt so comfortable at The Star that he decided to cancel his visit to the Steelers and chose to sign the offer from the Cowboys. He admitted he might’ve been able to get more than the three-year, $10 million contract he received from Dallas, but Carroll said he’s interested in a bigger goal.

"It’s really not about the offer," said Carroll, who played four years in Miami from 2010-13 before joining the Eagles. "I just want to win. I appreciate the opportunity Coach [Jason] Garrett and Mr. [Jerry] Jones have given me to come to a prestigious organization like this and be a part of a winning tradition and winning culture around here. I just see it as me being another piece to help the team win."

How is one of our biggest free agent signings a dark horse? Well he for the most part has been written off and with the recent CBs added in the draft it has seemed to put his status in question.

The last few years for Nolan have been up and down. Philly decided to bring him back for 2016 on a 1 year deal and while he served as their best CB for most of the year it wasn’t a good one. The Eagles secondary has been a mess for a few years now and unfortunately Carroll has been apart of them.

However in 2015 he was his most productive turning in some of his best work for the Eagles. Posting 10 pass breakups, 2 INTs, 1 pick 6. Most of that work was done the 1st half of the year. He eventually broke his ankle that limited him to 11 games and put him on IR.

TRADING IN MY CARR

When Carrol was signed most viewed him as a Carr replacement. Brandon Carr has been an enigma around here the last 3 years. He hasn’t been particularly good but hasn’t been awful. Now he has had some bad moments, has had some good moments but never really made many plays. He is also part of the bullets that didn’t fit the pistol.

Carroll is a little bigger at 6'1 205 lbs and more athletic than Carr. He has a track background at the University of Maryland. But it remains to be seen if he is going to be better. He clearly fits the pistol of what Rod Marinelli wants. This is the 2nd year Dallas has gone out to try to get Carroll, they obviously see him as a fit here. When Broaddus studied the tape he can see why

"Carroll shows playing speed for a veteran. He can accelerate across the field to carry his man -- has no trouble turning and running. Against New York, he missed on a jam against Odell Beckham Jr. and was able to close the separation down the field. He also has the ability to burst when the ball is in front of him. This is a nice reactionary athlete -- can flip his hips, turn and go. He plays with short area foot quickness, and he shows body control and balance.

In his matchup with the Cowboys, he matched up well against Dez Bryant size-wise. Bryant did make a heck of a play against him, reaching back for the ball in the red zone. He has good key and diagnose. When he sees it, he can drive to defend. He is not a poor zone player because of his awareness, but I like him more in press. He is an instinctive player.

With him playing on the right side, it would allow the Cowboys to keep Orlando Scandrick on the left side – so that makes for a nice fit. His speed and quickness are better than Carr.

Coach Joe Baker finally got the chance to oversee the secondary unit being promoted to Secondary Coach following Jerome Henderson who couldn’t really reach that unit. Baker along with new safeties coach Greg Jackson helped improve the secondary play by A LOT.

Baker getting his hands on an athletic, physical CB that can play press man or zone could improve his play as he has done with guys who didn’t even fit the pistol.

Carroll wont be a top CB no, but could he be a steady veteran presence that can matchup all over the place? Yea. With such a young unit, having a guy like Carroll I think is important. We all want the young bucks Awuzie, Brown, Lewis to rise up and make the veterans obsolete. But we all also know that is gonna take some time. Keeping Carrol around could make the transition to the young group a little easier.

Should Nolan Carroll make the roster?