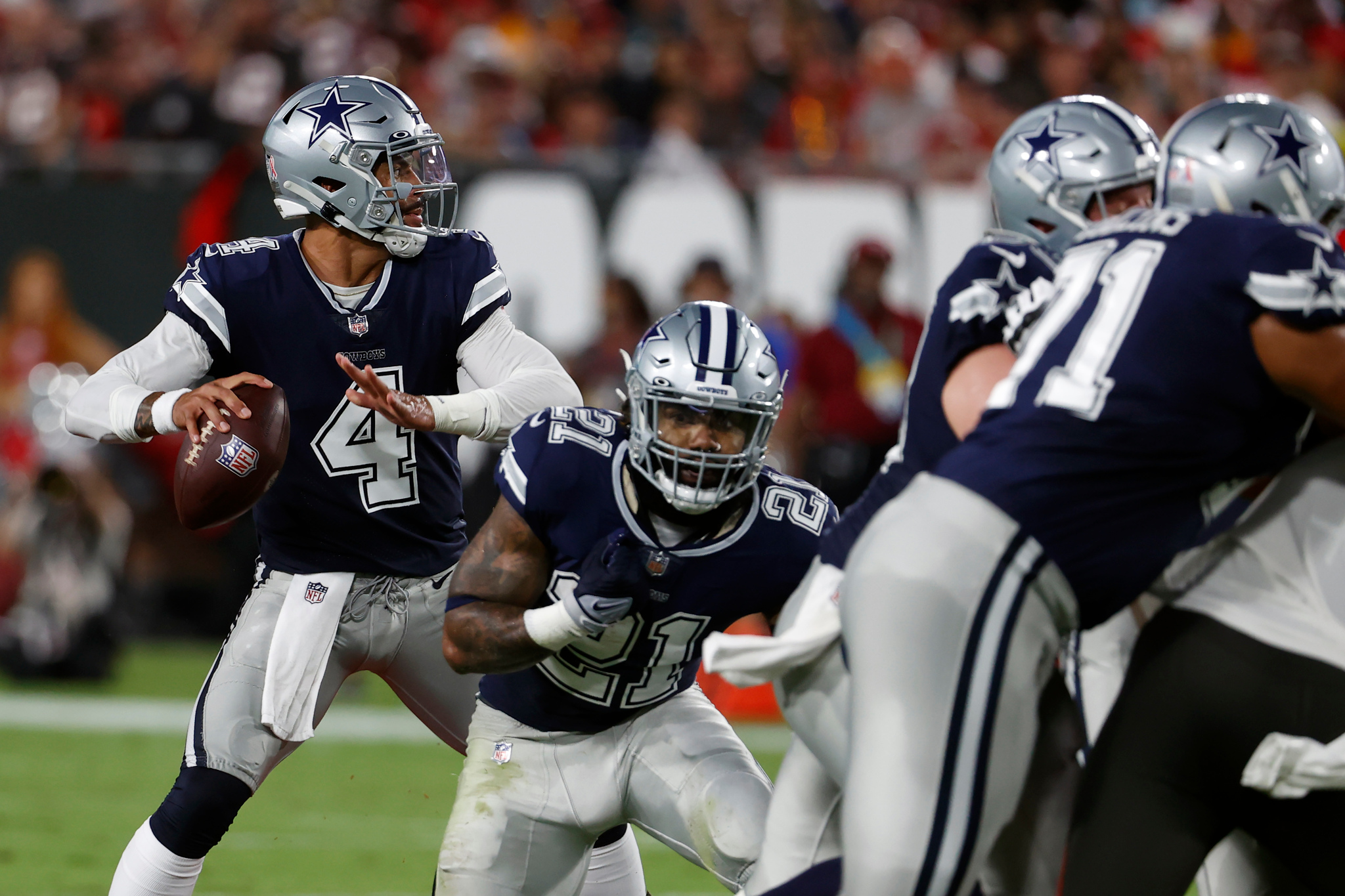 Many people do not realize that an MRI is an incomplete snapshot, or more specifically, a series of snapshots that show some/most of the structures in the body at that point in time. All evaluations of the Cowboys are like an MRI: an incomplete assessment of the team at this point in time.

Keep in mind that teams grow every week. Teams that have many players that have played together for some time may start faster than others, but all teams improve as they play more games and practice with each other over time. What I write today will be dated by next week, but for those who want to read it, thank you and please add to it with your comments.

Dak threw 58 passes. Since starting against the NYG in week 1 of 2016, the Cowboys are now 4-11 in games where Dak throws 40+ passes. The four teams that Dallas has beaten when Dak throws 40+ passes are a combined 21-42-1. While watching Dak throw the ball all over the field is fun, it does not appear to be the best way for the Cowboys to win with Prescott as the quarterback.

In contrast, Patrick Mahomes is 14-4 since 2018 in games where he slings the ball 40+ times. Since 2018 Josh Allen is 5-4 in games where he has thrown at least 40 passes, and he was 5-2 last season in such games. Those are the only other quarterbacks that are being paid an average of over $40 million per year.

While Dak plays a significant role in Dallas' woes when he throws 40+ passes, an understated concern is that the composition of the team is not conducive to incorporating a high-volume passing attack. The wide receivers appear to be capable of executing such a strategy, and Ezekiel Elliott once again demonstrated his value as a pass blocker (although he is being overpaid to be a blocker). Elliott's meager gains as a rusher, however, hint that the tight ends and offensive line may be problematic. Dak was only sacked once, but he faced considerable pressure throughout the game. Brady, however, faced very little pressure when he dropped back to pass.

Comparing Brady with Dak is entirely unfair, as Brady has much more experience and may just be the best quarterback ever to play the game. It does, however, provide a point of reference for where Dak needs to improve. The biggest difference I took away from the game is how Tom defines a drive with a touchdown pass. He is a precise passer that reads defenses exceptionally well. Those two traits distinguish Brady among quarterbacks.

Dak matched Tom pass for pass until the Cowboys reached the Red Zone. On 2nd and 5 from the 5 yard line with 10:32 left in the 3rd quarter, Dak had Elliott wide open in the flat. A precise, well-timed pass would have permitted Zeke to waltz into the end zone. Dak did not read the defense fast enough and threw the ball late to his running back, leading him out of bounds. Dallas kicked a field goal two plays later.

With 7:27 left until the half, Dak made the correct read and threw the ball to Cooper, who had run from the slot to the flat, before pivoting sharply and slanting towards the middle of the field. Dak's pass was high, forcing Amari to jump. The high pass kept Cooper from continuing his route and gaining the first down. On third down, Dak threw behind Lamb in the end zone, almost ending up in an interception. The Cowboys missed the field goal attempt on fourth down.

Dallas finished 1-4 in Red Zone efficiency while Tampa Bay scored touchdowns on 3-5 trips into the Red Zone. The Cowboys were 0-1 in goal to go efficiency while the Bucs were perfect: 2-2. That was the difference in the game and highlighted what distinguishes Brady among quarterbacks.

While every quarterback makes mistakes, making them in the Red Zone can cost the team the game. It is not all Dak's fault. He was pressured on the third down throw to Lamb mentioned above. Prescott did not get much help from his $10 million running back, aside from blocking well. CeeDee dropped several passes. None of the Dallas pass rushers made a difference in the game. Special teams were a disaster. Coaching decisions were bewildering.

The next game is 10 days away, giving the Cowboys time to reassess and grow. Against the Chargers, Dak may lead the Cowboys to 4-4 from the Red Zone and get the team to 1-1. The narrative will change and new issues will come to the forefront, like the head coach, the special teams coach, the pass rush, the secondary, the offensive line, the tight ends, and the running game.

But if the Cowboys start 0-2, Dak will be the focal point of the loss. The criticism could be well deserved. I would not be surprised, however, if Dak was not the only culprit.

It was impressive to watch Dak complete over 72% of his passes after not throwing a single pass in a game since October 2020. He is much closer to leading the Cowboys to postseason success than I thought. He needs help, though, like Tom Brady had on Thursday night. Jerry got extremely lucky to get Romo and he wasted it. I hope he does not do the same with Dak, but the Jones' track record suggests otherwise.